Is the New “Pink Viagra” Helping Women or Marketing a Disease? 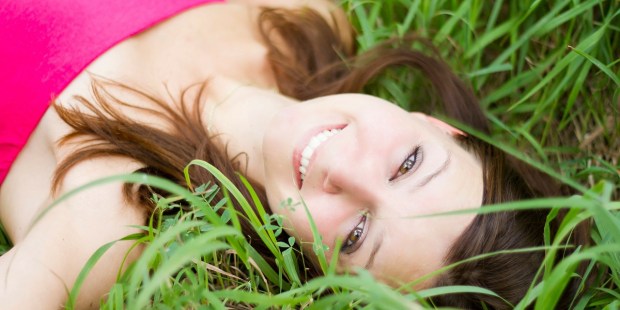 Pixabay
Share
Print
Michael Cook - published on 08/29/15
Nearly 20 years after approving Viagra, the US Food and Drug Administration has approved a drug for enhancing female libido. Approval was announced on Tuesday last week and by Thursday Sprout Pharmaceuticals, the small company which had ushered the drug through the regulatory process, was sold for US$1 billion in cash to Valeant Pharmaceuticals International, the largest public company in Canada.

The drug, Addyi, also known as flibanserin, works on the brain, somewhat like an anti-depressant. Sprout bought it from a German company which had given up after the FDA rejected its application in 2010. Flibanserin’s prospects for approval were not great, because it was only modestly effective in heightening libido, but at the cost of side effects like dizziness, nausea and fainting. It is not supposed to be taken in conjunction with alcohol. It is quite a problematic medication.

However, Sprout had a strategy for bypassing concerns which would have sent applications for other drugs into the rubbish bin.

It promoted its product vigorously as a cure for “hypoactive sexual desire disorder” (HSDD). Since we are culturally conditioned to believe that men and women should be eager to have sex as often as possible, no doubt many women fret if they fail to be interested. Addyi exploits their low sense of self-worth.

But the first questions is: is HSDD a real medical disorder? For years sceptics derided it as a bubble of hype created by drug companies. As British sexologist Petra Boynton, told The Guardian: “The cultural wallpaper is telling you that to keep someone and be desirable and not left alone, which is a huge fear, you must be having and providing frequent sex.” So it is quite possible that the real problem is one of relationships.

It is easier to sell a drug than to heal broken relationships and dysfunctional personalities. Like so many other technologies, Addyi is being used as a chemical fix for a human problem.

So to offset Addyi’s side-effects and questions over whether it was needed at all, Sprout came up with a winning sales pitch. Through a group called “Even the Score”, it argued that having sex is a fundamental human right. If men had Viagra, women needed their own drug. “The FDA has approved 26 drugs marketed for the treatment of male sexual dysfunctions, compared to zero to address the most common form of female sexual dysfunction,” it claimed on its website. It recruited a range of experts and lobby groups. The National Organization of Women signed on, thereby burnishing the drug’s feminist credentials.

The pressure was too much for the FDA. Its committee approved the drug by a vote of 18 to 6, but none on the panel was willing to endorse it without caveats.

The next step for the new owners is to get health insurers to pay for the drug, since most already cover Viagra.

Sprout’s expert manipulation of the FDA may have sent a dangerous message to the pharmaceutical industry. “To approve this drug [sets] the worst kind of precedent — that companies that spend enough money can force the FDA to approve useless or dangerous drugs,” Dr. Adriane Fugh-Berman, of Georgetown University, told the FDA in June.

Furthermore, it follows a worrying trend of medicalisation. As one researcher wrote in PLoS Medicine:

The creation and promotion of “female sexual dysfunction” (FSD) is a textbook case of disease mongering by the pharmaceutical industry and by other agents of medicalization, such as health and science journalists, healthcare professionals, public relations and advertising firms, contract research organizations, and others in the “medicalization industry.”

Creating diseases to sell drugs is great business. Whether or not it helps people to live happily, in control of their moral and emotional lives, is another matter altogether.

Michael Cook is editor of MercatorNet, where this article originally appeared.