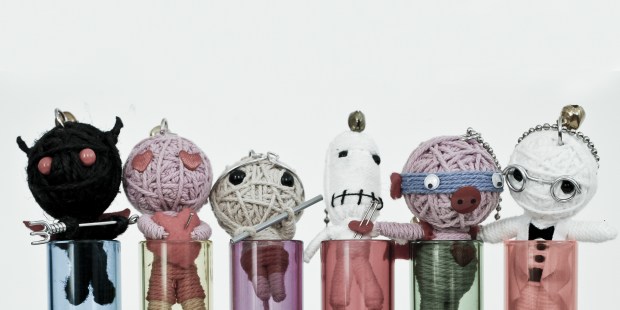 An influential UK-based bioethics organization is putting pressure on the British government to legalize the genetic modification of embryos, the BBC reported.

The Hinxton Group, an international consortium on stem cells, ethics and law, says that editing the genetic code of early stage embryos is of “tremendous value” to research, with promises of cures for now-incurable diseases.

The group warned, though, that at this stage in the research, genetically modified babies should not be allowed to be born, though it may be “morally acceptable” under some circumstances in the future.

If that sounds like too much of a “brave new world” to you, read on. Father Tad Pacholczyk, director of education for the National Catholic Bioethics Center, says it’s only a matter of time before US legislators start feeling the pressure from researchers on this side of the pond.

Aleteia spoke to the priest-bioethicist this week about the development.

What do you think about this call to legalize the genetic modification of human embryos?

The BBC article had an interesting comment from a reader, basically saying, “Well, if you could eliminate cystic fibrosis from an embryo, with a 100% certainty, so that future generations wouldn’t be affected, then you’d have an absolute moral imperative to do it.”

It’s amazing how people get all gung-ho about these technologies without understanding that if you’re going to be manipulating embryos like this  you will be subjecting them to huge risks. There’s obviously a chance that you’re going to damage some in the process, and you’ll probably end up having to do this with multiple embryos and select which embryo has successfully been modified and end up discarding the others.

How did we get to the point where we are trying to genetically modify human embryos?

It’s been discussed for decades, and I would say ethically there’s been a strong sense of opposition to doing this, and the BBC article deals with the question from the vantage point of researchers in England. I would say that England is probably pushing the ethical envelope, even ahead of the rest of the world sometimes.

The basic reason you want to modify embryos, they argue, is that some embryos carry diseases, and this would be a way to fix them.

What are they modifying, exactly?

The DNA. There’s a new technique that was developed in 2014, known as CRISPR [Clustered Regularly Interspaced Short Palindromic Repeats], which allows you to cut out a bad piece of DNA and  replace it with the correct sequence. It’s quite precise, and it lets you fix the damaged segment of DNA.

What are the chances the Hinxton Group will get its way?

So the ethics for the Hinxton Group types would be a very fluid quantity that they feel free to manipulate according to other aims and desires that they may have, other goals, some of which may include developing potential reagents or drugs that can be generated by pharmaceutical companies that would produce some serious cash flow for them. So sometimes, it’s a very pragmatic kind of consideration that ends up trumping the real ethical concerns.

Apparently there is a firm line against doing GM embryos in the US, but I imagine there are people pushing for it here. Do they have a chance?

Oh sure. It will be very similar to the way that it went with human cloning. … The real foundation for a proper ethic hasn’t been clearly articulated and understood among many members of the scientific community. So their approach to ethics will be just sort of weighing greater goods, “and if we see there are great goods out there that we might like to get, then pretty much it’s okay.” In other words, good ends will justify any mean….

What does Church teaching say about genetically modifying embryos?

The 2008 document Dignitas Personae, from the Congregation for the Doctrine of the Faith, pointed out that if you do genetic modification for the purposes of treating adults who have a bad disease, that’s going to be fine if you just fix the disease. If you use genetic modification, however, where you change an adult’s sex cells, either the man’s sperm or a woman’s egg, and now when they reproduce, future generations will be changed because of the modifications you made, that raises serious concerns about the possibility of introducing change you don’t even understand—a concern about the law of unintended consequences. A lot of scientists are aware of that concern; there’s been discussion about that. They haven’t crossed that line yet in an energetic way yet–it’s still under discussion.

And what about if we make changes to adults that are in the form of enhancements? … For example,  if you change the muscles so that the human body is now more athletic, and you can now have soldiers who could fight on the battlefield for a much longer period of time without fatiguing, or you make other changes where there would be less sleep required, by changing something in the brain, etc. Not treating any disease, but just trying to make humans into kind of super-humans. That Vatican document points out how this would promote a certain “eugenic mentality.” And it would also have the danger that you’d be creating a type of social stigma towards those who weren’t enhanced. In other words, if you were a super-human you would get treated better than if you were a regular human. So a regular human would become a kind of a sub-class.

And I think the document also mentions something about how man is taking the place of his creator when he makes these changes: now man is creating man in another image, an image of his own making….

And similarly, the last category that they mention is where you modify embryos and modify them in such a way that changes might be handed on. If you could do changes to babies in the womb because the baby has a particular disease, and you were able to fix that disease with low risk to the baby or the mother, then that would be fine. But if you’re going to be going in and manipulating embryos not in the uterus but now human beings you have created in the laboratory, who exist in petri dishes and test tubes, and now you’re manhandling those embryos and changing their genes, that’s going to raise significant concerns because you first had to create these embryos in glassware. … This is not a risk-free proposal, as we mentioned in the beginning, and many human embryos are likely to become “casualties” along the way….

The BBC report makes it sound like there could be a lot of promising cures down the road. Does it worry you that the Church will end up looking like the one who wants to make everyone miserable?

I don’t think so. The Church remains really the lone voice that insists that all our science be ethical. This is really essential. When we talk about what science should be, we have to make the type of affirmation that scientists themselves don’t want to make, namely, that there are certain types of research, certain types of scientific activity that should never, ever be done. All one needs to do is to keep in mind the truth of  what German scientists did in the last world war. They had the same approach when they said, “Look, if we take prisoners and subject them to very low temperatures, in effect, freeze them, this will give us information for when our parachuters bail out over the ocean and fall into the water, it will tell us how much time we have to rescue them. So let’s use prisoners to do that….

The Church, of course, in her wisdom, insists that progress always must respect the dignity of the human person, and if we are not willing to respect that, we open a pandora’s box of terrible abuses of one human against another. All of the biotech areas carry a particular risk of doing that. For in vitro fertilization, the argument was “Oh, this is good. We’re just giving parents what they desire, which is a baby. So don’t listen to the Church, when the Church says you shouldn’t do this. Just look at the good that comes out of it.” Well, everybody ignores the Church, and now we have  a heart-wrenching situation in the United States, where we have one million frozen human beings trapped in frozen orphanages. …

There will always be people who say you should ignore the Church, that you should look only at the good end or outcome you are pursuing. But if you do that, there will have to be a price that has to be paid. With genetically modified embryos, it  will be exactly the same problem. I don’t think it will be very long before scientists will be doing this because there remains a hesitancy among scientists to get into substantive conversations about what’s right and what’s wrong.