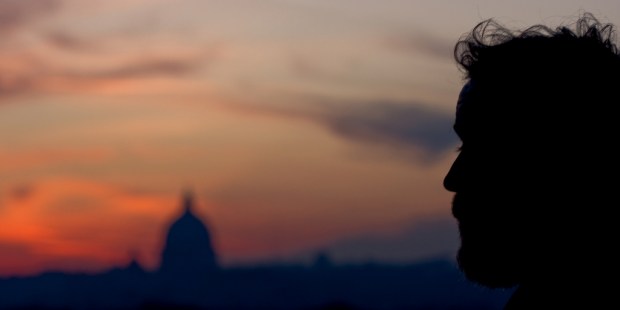 Rather than hitting people over the head with a plank by emphasizing the concept of “sin,” evangelists “need to ask people ‘Are you really happy?'” says Janet E. Smith, the Father Michael J. McGivney Chair of Life Ethics at the Sacred Heart Major Seminary in Detroit. “It’s not so much preaching sin, it’s preaching reality. The word ‘sin’ is a warning sign…. We’re calling people to a fuller vision of what God has called for people.”

Smith’s remarks reflected the consensus of a group of experts who will be speaking at a Rome conference on the eve of the Ordinary Synod on the Family. Catholics, it was agreed, need to continue upholding the truth about human nature and and not be afraid of scaring away possible converts.

The conference, Living the Truth in Love: Addressing the pastoral needs of men and women with homosexual tendencies, will be held at the Angelicum Oct. 2, and will discuss the need for a perspective that deepens respect, compassion and sensitivity when considering the pastoral care of those with same-sex attractions.

Asked if Pope Francis, on his recent visit to the United States, signaled ways in which the Church could reach out to those who disagree with her teachings on sexuality, Mark Brumley, president of Ignatius Press, which is sponsoring the conference, said the Pontiff’s own choice of words offers an answer.

Janet Smith, the Father Michael J. McGivney Chair of Life Ethics at the Sacred Heart Major Seminary in Detroit, said that although the Pope did not tackle the issue of homosexuality head-on, he sent a clear signal that he supports those who are fighting for conscience rights in a society where same-sex “marriage” is now legal.

“He didn’t hit the issue head on, except for this extraordinary recent news that he had a private meeting with Kim Davis,” Smith said, referring to the embattled Kentucky county clerk who refuses to sign marriage licenses for same-sex couples. “Obviously he’s not endorsing everything, and who knows how much he really knows of all the complexities of what it is for a country clerk to be signing a marriage license. But in his very personal way, again, he signaled something by meeting with a woman who (and she’s not a Catholic) bravely stood up for religious liberty, for the rights of conscience against the imposition of an unheard of concoction of marriage. It’s kind of spectacular. It’s one of those little nuggets or treats at the end of a meal that you didn’t know was coming.”

Earlier in the press conference, Smith said that people with same-sex attraction are “our brothers and sisters and we do love them. We want them to experience the joy of living a life of holiness.” She said that the challenge of the synod, which begins Sunday is to “make clear that you are never being loving and compassionate unless you speak the truth. At the same time, those who speak the truth need to provide a very loving, warm, compassionate world in which those who are struggling with the truth can find the help and the companionship that they need.”

Brumley pointed out that the three most recent popes—John Paul II, Benedict XVI and Francis—have all written that true doctrine is inherently pastoral.

Other speakers at the conference will include Cardinals Robert Sarah, prefect of the Congregation for Divine Worship and the Discipline of the Sacraments, and George Pell, prefect of the Secretariat for the Economy at the Vatican; Dr. Paul R. McHugh, director of the Paul McHugh Program for Human Flourishing at Johns Hopkins University; and several people who have left the homosexual lifestyle.