“Drinking the Cup”: Reflecting on the Sunday Gospel 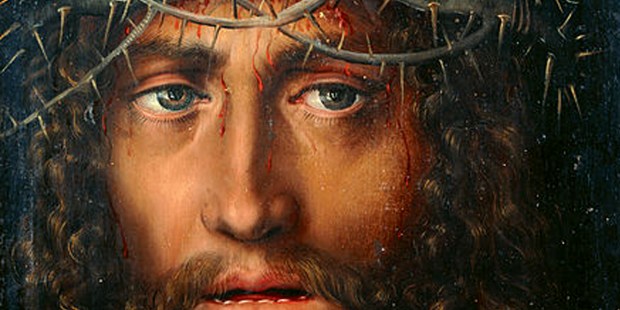 Those who aspire to greatness must be willing to place themselves at the service of others.

Reflection for the Twenty-Ninth Sunday in Ordinary Time (Year B)

Jesus summoned them and said to them, “You know that those who are recognized as rulers over the Gentiles lord it over them, and their great ones make their authority over them felt. But it shall not be so among you. Rather, whoever wishes to be great among you will be your servant; whoever wishes to be first among you will be the slave of all. For the Son of Man did not come to be served but to serve and to give his life as a ransom for many.”

There is an old story which relates that during the American Revolution, as preparations were being made for an upcoming battle, a man dressed in civilian clothes passed an officer who was screaming orders at his men. Seeing that the soldiers were obviously exhausted from their labor, the man asked the officer, “Why don’t you help them?” “Sir,” the officer bristled, “I am a corporal!”

With a quick apology, the stranger took off his coat, rolled up his sleeves, and set to work with the soldiers.

“Mr. Corporal, sir,” the stranger said when the task was completed, “whenever you need someone to help with a job, feel free to call on your commander-in-chief. I will be happy to be of service.” With that, General George Washington put on his coat and left.

While this story is most likely apocryphal, like all good myths, it leads us to a deeper truth—a truth that is at the heart of today’s Gospel passage: those who aspire to greatness must be willing to place themselves at the service of others.

This teaching, however, seems counterintuitive. After all, who among us looks for greatness in hidden places or seemingly insignificant acts of service? What does power have to do with compassion and kindness?

When the apostles James and John ask Jesus for a place of prominence in his kingdom, they were focused on an imagined future in which Jesus would be seated on a throne of glory, surrounded by his closest allies, wielding unlimited power. This request prompts Jesus to offer both insights into his mission and a significant lesson about discipleship. And so, using images drawn from the Old Testament, Jesus asks, “Can you drink the cup that I drink or be baptized with the baptism with which I am baptized?”

James and John respond with a quick, “We can!,” but we have to wonder if they really understood what they were saying or what Jesus was really asking of them. I don’t think they did.

Although this is one of those stories from Scripture that might have lost its edge because we have heard it many times before, we have to imagine that we are hearing it for the first time and that Jesus is asking us if we can set aside our own agendas, comfort, and visions of greatness and holiness to do what he did.

Jesus lived his life for others, offering everyone he encountered an opportunity for a new kind of relationship with God and with those around him. Everything in the life of Jesus—his friendships, his teachings, and his miracles—were signs of God’s unlimited mercy and compassion. And all of these came together in the moment when he held nothing back, offering himself to God on the Cross. As “a ransom for many,” Jesus won freedom for everyone who was enslaved by sin and death.

Recently, Pope Francis reflected that in the life, death, and Resurrection of Jesus, God’s love was made tangible and visible. “Love, after all, can never be just an abstraction. By its very nature, it indicates something concrete: intentions, attitudes, and behaviors that are shown in daily living” (Misericordiae Vultus, 9). Drinking from “the cup” and sharing the “baptism” of Jesus means we have to make this active, self-giving love the guiding force in our lives, holding nothing back, so that others can experience the mercy, love, and freedom that has been freely given to us: “Whoever wishes to be great among you will be your servant; whoever wishes to be first among you will be the slave of all.”

In the end, the Gospel this Sunday is an invitation to reflect on how Jesus is asking each of us, today, if we are willing to set aside our own piety, prejudice, and politics to live for others.

When has the kindness or compassion of another person helped you experience God’s love and mercy?

Reflect on what it would mean for you to answer “I can” to Jesus’ invitation to share his cup of suffering and baptism… and his glory.

Words of Wisdom: “A Christian must never think of belief as a private act. Faith is choosing to stand with the Lord so as to live with him… Faith, precisely because it is a free act, also demands social responsibility for what one believes”—Pope Benedict XVI in Porta Fidei

Silas Henderson is a catechist, retreat director, and the author of numerous books and articles. The managing editor of Abbey Press Publications and Deacon Digest Magazine, you can find him at www.fromseason2season.blogspot.com, and www.facebook.com/SilasSHenderson.