The Secret to Knowing Who You Are 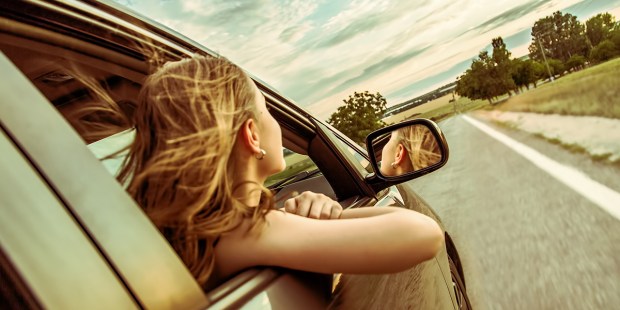 Who am I? This question has rolled around in my head since entering the convent.

“Who do you think you are?”

A sister asked me this question the other day in response to something I had said. She was not being rude; she was genuinely questioning whether the way that I think of myself is accurate and spiritually healthy.

Sr. Augusta, who is almost 100 years old, was recently visited by several of the younger sisters in the province. As they entered her room, she reached out her hands and exclaimed:

“What beautiful faces! Spouses of the Lord and friends of humanity!”

She’s had almost 100 years to think about it, but she pretty much managed to sum up religious life in one sentence.

This question has rolled around in my head since entering the convent. I have given up a career, my bank account, my wardrobe, my dreams and most difficult, control.

I have entered into a life that in some ways defines me before I have a chance to define myself. When I meet people, they see the mystique of religious life before they see me. Sometimes, many times, after speaking with people, I walk away wondering if they were really speaking to me or to the person they think I am.

Of course, this happens to everyone. When we meet people for the first time, we assess them, scrutinize their clothes, actions, and words, and go on to interact with them based on assumptions we have made.

And yet at the same time, my sisters are quite unique. Some might say eccentric. Anyone who is friends with a religious will tell you he or she is often quite interesting. My family has known for many years a monk who is an extern for a Benedictine community. Even when I was an atheist, I thought he was the bee’s knees because he would make totally off-the-wall witty comments to people. He is a friend of humanity, but he certainly doesn’t pander to humanity.

And I suppose that is what being a religious is about. We are friends of humanity, but we are not meant to be defined by humanity — or by ourselves for that matter. We are not self-made. We are meant to find our identity solely in God, and we are able to do this more freely precisely because we do not have control over the many aspects of life that define other people: career, future, money, certain clothes, dreams.

You may be reading this and wondering, So how does this relate to me?

It certainly relates to you. One doesn’t have to make a vow of poverty, chastity and obedience to grow in detachment from the things of this world that threaten to define us, the things that are often working in opposition to who we are truly meant to be.

We are all meant to find our identity in God. And frankly, it’s a lifelong process — for the religious, just as much as it is for everyone else.

Thankfully, Sr. Augusta has already given us the cliff notes:

We are meant for union with God, and to pour ourselves out in self-gift to others, in whatever vocation God calls us to.

Spouses of the Lord and friends of humanity!

Sister Theresa Aletheia Noble, FSP, is the author of The Prodigal You Love: Inviting Loved Ones Back to the Church. She recently pronounced her first vows with the Daughters of Saint Paul. She blogs at Pursued by Truth.