Pietro Maso, Who Murdered His Parents: “Pope Francis Had Mercy on Me” 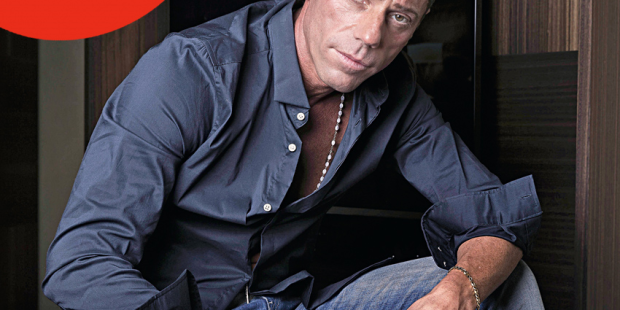 While in prison, he repented and wrote to the Holy Father and then received an unexpected phone call

“My name is Pietro Maso. In July I’ll be 45, and I have been in prison for 22 years for killing my parents on April 17, 1991. I was evil. And yet Pope Francis had compassion for me. I wrote him a letter that was given to him by my spiritual father, Msgr. Guido Todeschini. And after a few days the pope called me. He and Don Guido are holy people.”

Thus begins the exclusive interview Pietro Maso granted to the Italian weekly Chi [Who], that appeared on newsstands on Wednesday, January 20, 2016. Maso murdered his parents on April 17, 1991, aided by three accomplices. In the interview, for the first time he reveals a dramatic episode: the phone call he received from Pope Francis, to whom he had written to express his repentance.

“This is Pope Francis …”

“It was 2013,” Maso recounts. “I had written to the pope, telling him: ‘I ask pardon for what I’ve done. I ask prayers for my work colleagues who have accepted me in spite of what I’ve done. I also ask a pray for those who work for peace.’ Don Guido, my spiritual director, sent it to him, and some days after, the pope called me.”

“You Holiness, I was worthless”

It was 10 a.m., “and the telephone rang … I responded and heard: ‘This is Francis, Pope Francis.’ Stunned, I said in a loud voice: ‘Your Holiness.’ Then I told him: ‘The one who used to go to the bar with his friends wasn’t worth anything compared to the Pietro of today; had I known, I would have behaved well from the beginning.’”

In the interview, Pietro, who while in prison drawing closer to the faith, said he also enjoyed the intercession of another Pope, St. John Paul II. “My crime was so horrendous that everyone wanted to write me off, even when I was in prison. Msgr. Todeschini was the only one to take me by the hand. Only he defended me against everyone. During Telepace broadcasts, he would say: ‘Now we have to ask ourselves how will these young men end up, especially Pietro Maso, who is the most hated. Are we going to bury him alive as he would deserve, or are going to reach out a hand and try to rehabilitate him, given how young he is? If we leave him there in prison, forgotten, we commit the same crime.’ His words reached Pope John Paul II. When he heard about what he was doing in my regard, he said, ‘Go forward.’”

Pietro Maso now has decided to change his life radically and dedicate himself to helping others. He is alone, because his bond with his wife, Stefania, is in crisis. “It’s over with her and not because I cheated on her or because we argued; our values have changed, many things have changed. I lost my job and my woman at the same time. I lost everything. But this time, not through my own fault. I sought to do good, to give my best.”

Translated from the Italian by Diane Montagna.