The Catholic Priest Who Found Jesus Christ While Among the Muslims 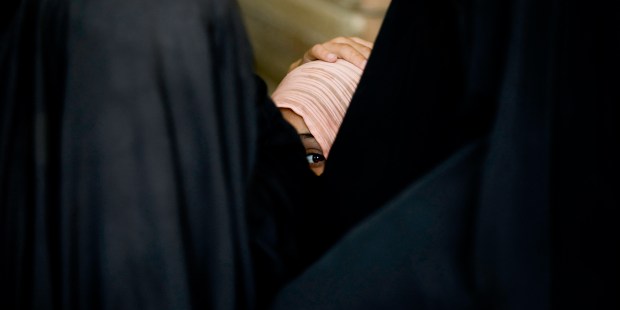 At great risk, Fr. Humblot lived for years in Iran, sharing the Gospel and serving the poor

One of the first times Father Humblot came into contact with Muslims was seeing the shadow of a “terrorist” during the war in Algeria. He was serving at the time in the French contingent, and the figure was at the end of his gun. He knew he should shoot, but he chose not to pull the trigger and withdrew on tiptoe. The enemy did not shoot either. When he was still a seminarian, he decided to devote his life to the service of Muslims. He became a missionary priest in the Prado association.

While he finished studying theology in Beirut in the early ’60s, Father Humblot chose to live in the slum that adjoined the city dump. His neighbors, Lebanese Shiites of southern Lebanon or Syria, were dock workers or worked sorting garbage. Separated from them by a simple sheet of cardboard, he was admitted into this community of poor Muslims, and he shared their work, either in the middle of the city dump or as a longshoreman at the port. His goal was to help seminarians and young priests who wanted to serve the poor not only to contemplate the poverty of Jesus Christ but to share for a few days that of the poor.

“I gave the baby a bottle”

He established a relationship of trust with his neighbors, who knew he was a Catholic priest: “My chapel was out in the open, everyone could see it,” he recalls. One night, the man in the house just next to his called for help: his wife had left, and he did not know how to feed the baby as she had been breast-feeding. … The priest then boiled a bottle and made a baby bottle out of it. And this is how we could see a French priest giving a small Muslim his milk between two cardboard boxes in a Beirut slum!

When it rained, the inhabitants of the slum met during the night in each other’s homes to avoid going out in the muddy streets. They listened to the Koran, gathered around the best reader. Father Humblot was chosen to read, resulting in another strange scene: a Catholic priest reciting suras, especially that of “Maryam,” that he explained to his audience in the light of the Gospels. Two sheiks got wind of the priest’s activities and wanted to stop him, but they were driven out by Father Humblot’s neighbors who were accustomed to “their” priest.

At the end of his stay, he learned that his activities and his complicity with the local population earned him the distrust of some Muslims, but his neighbors protected him during the June 1968 war with Israel. ”During many of my journeys, I was followed by two neighbors who discreetly ensured my protection! I knew nothing at the time. ”

“I never felt any animosity on the part of the Muslims that I lived with,” says the priest, who spent 45 years in Iran. His troubles came from the political police, who looked askance at his activities as a missionary priest in Tehran and who threatened him to the point that his bishop urged him to leave five years ago. Since 1969, after learning the language, he did something scandalous: he taught Muslims who wanted to convert to Christianity — and there are many of them — despite the risks!

His neighbors knew it but never reproached him for it. “Once, during the Islamic Revolution, in the volatile atmosphere you can imagine, a group of youths attacked me when I had gone out to shop at the local grocer, ‘This is an American! Let’s get him!’

“I told them I was French. Their answer was: ‘Oh yes, since the Imam Khomeini took refuge in France, all foreigners are French!’

“When we got to the grocer’s who knew me, we continued to debate, and finally the leader of the group offered me a cigarette, a Marlboro! My immediate response was: ‘I do not smoke American — take one of these.’ And I took an Iranian cigarette out of my pocket. The whole gang burst out laughing, and we parted friends.”

The Catechism of the Catholic Church translated by ayatollahs

Later, the priest was invited to the holy city of Qom, where the ayatollahs and other Shiite leaders are trained. A group of Muslim clerics asked him to check their translation of the Catechism of the Catholic Church. When Father asked why they had translated it, they replied: “Because we want to present each religion with the official texts of the religion, not according to what we think.”

In the discussion that followed, the Muslim clerics questioned him. “What is the greatest commandment in Christianity?” Father Humblot answered that there was only one commandment: “Love, which encompasses all things. And off we go into a discussion on this one God who is love, not only because he loves us but because he is not remote, solitary and dangerous, overseeing and judging sinners …” he recalls.

This catechism was printed up but then destroyed by the political and religious police but then reprinted on the occasion of the election of the new president. It is on sale in bookstores in Tehran, and the Father often used it to answer catechumens’ questions.

“Thanks to the Muslims, I am aware that Jesus is the Son of God”

Father Humblot continues his dialogue now from Paris through the Internet with Muslims who, in Iran, Afghanistan and Europe, wish to convert to Christianity, and he receives touching testimonies of friendships like that of Amin, an Iranian, who wrote: “I am a Muslim but I like the Catholics because they are respectful of the person and preach love.”

Father Humblot gives thanks to God for having “converted him to Jesus Christ through the Muslims’ attitude.”

He explains: “Raised in a very Christian family, I loved the gospel and considered Jesus my best friend. Until the day when, in the leper colony where often the very sick and suffering prayed and fasted with great submission to the will of God Almighty, I discovered adoration and prostration before Jesus as not only my friend but also the Son of God.”

Translated from the French by Liliane Stevenson.