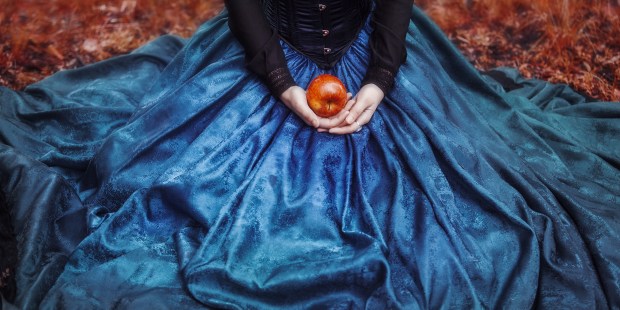 Fighting the deadly lies he tells about God and about us

Consider this: If you could have the gift of being able to immediately and reliably detect lies whenever you heard them, how would your life be different?

I asked a friend with a wry sense of humor that very question, and he quipped, “If I had that gift, I’d throw a brick at the television during every commercial, and I’d get an ulcer every election year.”

But let’s stick with the question anyway: If you could detect lies as you are told them, how would your life be different? It is easy to imagine that our lives would be very much better. We could approach our future with more confidence, even as we look back at the past choices that would have been made differently if we had seen the lies at the time.

So, now let’s apply this question a bit more specifically: How would our spiritual lives be different if we could detect Satan’s lies? We can be sure that this is a vital question because Jesus describes the devil as “a murderer from the beginning” and “the father of lies” (John 8:44). In other words, Satan lies in order to steal life — the life of the body through violence and the life of the soul through sin. The former theft leads to the grave; the latter theft leads to hell.

Satan tells lies about God and about us. Starting at Eden, Satan would seek to convince us that God cannot be enough for us, and that God does not offer the best to us. And since the time of the fall of Man, Satan tells us the lie that our sin defines us and that our sin can and has defeated God. The root of both species of lies is twofold, namely, that God is not our true Father and that we are spiritual orphans with no hope of finding a welcoming and lasting heart and home. The potency of these poisonous lies is as persistent as it is deadly.

Satan relentlessly denounces God to us (“God can only disappoint you!”) and relentlessly accuses us before God (“You can only be a disappointment to God!”) And unless we are vigilant (1 Peter 5:8), we will believe both lies. We are inclined to believe those lies about God because we can use such lies to justify our sin. (Not unlike the alcoholic who rationalizes, “If you had a spouse like mine you’d drink too!”) We are inclined to believe such lies about ourselves because despair and condemnation are less work than hope and conversion.

What to do? At the risk of sounding “un-Lenten,” let’s start by rejoicing. Here’s why: “The accuser of the brethren has been cast down!” (Revelation 12:10. Satan’s name means “accuser.”) We who have been redeemed by the Blood of Christ must insist, against the lies of Satan, that what defines us is not our sin but rather our baptism and spiritual adoption. We are sinners, yes indeed, and we are loved sinners to whom the saving and sufficient grace of Christ has been offered.

The truth that Jesus shed his blood for sinners reveals the monstrousness of Satan’s first lie that God does not desire our good. God offered us his best, his only begotten Son, for our salvation. That unmerited gift cannot be exceeded.

And now we can see the sheer malice of Satan’s second lie, that we can only be rejected by God. We Christians are privileged to be conformed to the image and likeness of Christ, so that what our heavenly Father sees and loves in his Son he will see and love in us.

Especially during Lent, as we take account of the idols laying claim to our loyalty, we must confront the lies of Satan with the liberating truth. We are not orphans — we are heirs to a kingdom. We are not homeless — we have an infinite paternal heart waiting for us to come home. We are not lost — we are pilgrims who are passing through this “valley of tears,” called to a glory beyond our imagining.

For the love of God and neighbor, with gratitude for the dignity and destiny won for us by Christ crucified, let’s fight back. Let’s push back against Satan’s lies. Let’s insist upon God’s own truth in our words, our worship and our work. We owe that truth-telling to God, to each other and to ourselves.

When I write next, I will consider the role of grief in Lent. Until then, let’s keep each other in prayer.