“Women, of All People, Know That Abortion Is a Failure of Love …” 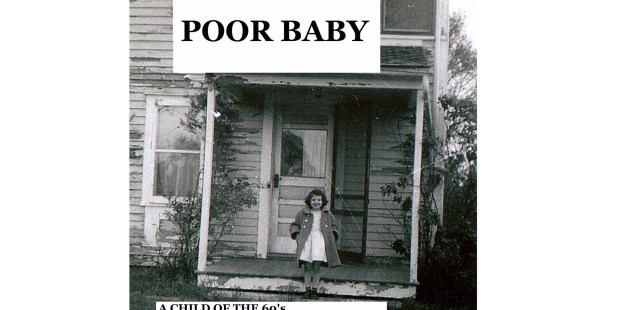 You have to be a pretty interesting person to be able to write numerous short, funny and spiritually wise biographies before you’re terribly old. Heather King is one. She describes herself as “an ex-lawyer, ex-drunk Catholic convert,” and upon reading her book, Redeemed, I promptly fell in love with her work.

A friend of mind has called King a “Catholic Annie LaMott,” and I can see that comparison, but I think Heather is even more searingly honest than LaMott. She is simply a very fine writer and a fierce Christian who has really worked her faith through the wringer of her own damaged places and emerged as something of a mystic with a bit of a mouth. It’s a powerful combination. Unsatisfied with my original choice of Lenten reading, I flipped through my Kindle and found her short e-book, POOR BABY: A Child of the 60s Looks Back on Abortion.

I thought I would read just a few paragraphs but ended up rereading this important, staggeringly honest book in one sitting. Heather writes here with such immediacy that you feel like your friend has just walked into your kitchen and starting talking to you while pouring herself a cup of coffee, and she’s telling you that, yeah, she’d managed to pull together a life she was pretty happy with but she’s been carrying this heavy ache and you know, she looked up the word keen in the dictionary and found it meant “a prolonged wail for a deceased person,” and yeah, that’s it, that’s precisely what has been emanating from her heart and psyche, even through all of her successes and joy.

Even women who will talk about anything don’t talk about abortion. Women, who within five minutes of being introduced will know each other’s career and relationship status, family situation, taste in clothing, food, movies, books and men, don’t talk about abortion. I think this is because women, of all people, know that abortion is a failure of love. Women know that if the guy with whom you were sleeping loved you enough, chances are you would have had his baby in a heartbeat. Women know that no matter how superficially relieved you may have felt immediately afterward; no matter how financially, emotionally and logistically impossible having a kid just then would have been; no matter how much sympathy they may (or may not) have for you and your situation, you’ve still gone against your deepest soul: against everything in you that is most precious, most worthy, most inviolate.

She takes a breath, and you say, “Keep talking, Heather; keep talking!”

Beneath abortion lies the split between men and women depicted in the story of the garden of Eden; the rift decreeing that henceforward, we would all be baffled, bewildered, longing to connect; all aching for each other and afraid of each other. But how, as women, can we possibly expect to heal the split by overprotecting men; by bearing in our bodies, souls, and nervous systems a burden that should be theirs to share; by remaining silent; by pretending that sustaining this almost mortal wound doesn’t hurt and doesn’t matter; by confusing the private with the secret and furtive?

If abortion is so wonderful, why are we so reluctant to expose it to the light? Why, at the clinic, do they use the word “procedure”? Why, when gazing into the bassinet of our friend’s newborn baby, do we not tend to exclaim: “Adorable! I aborted mine!” Everyone’s on board for the sex, but no one likes to think of what transpires afterward for the woman who aborts. No long, hot kisses then. No delighted tandem gaze at the ultrasound: Oh honey, look at his tiny feet! Afterward does not bear looking at, thinking about, or in any particular remembering. That’s why for so long I had not wanted to know. My mind would go so far and no further.

[…] I don’t think there is a way around it: hence, I am the Way, the Truth and the Life. The cross — which I mention partly because as I said, I’m a Catholic (I converted, for the record, after my abortions), and partly because we claim to be a Christian nation— is a picture of the human psyche. Jacques Fesch was a Parisian who shot a cop, was sentenced to death and then had a conversion experience in prison. “It’s only a short time since I really understood what the cross is,” he wrote before going to the guillotine in 1957. “It is simultaneously miraculous and horrifying. Miraculous, because it gives us life, horrifying because if we do not bring about our own crucifixion, we have no access to life.”

This book is a ride of a read. It is brief but unique in voice, unique in insights; it is brutally honest in precisely the way the world needs to encounter a bit of brute honesty, right now, and it is something of a treasure because it flings about realities that every pro-choice and pro-life person — and everyone who thinks they’re “on the fence” needs to confront.

It is in a word, brilliant. Thank God it’s only 28 pages long. More truth we might not be able to bear all at once.