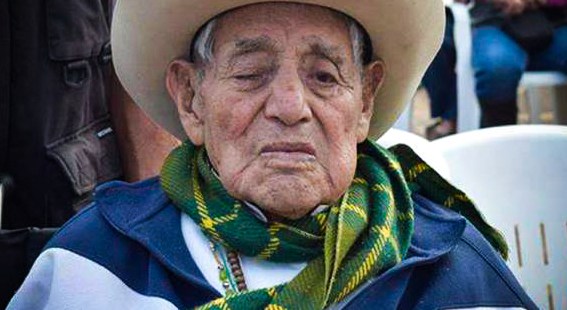 “Cristero” Juan Daniel Macías Villegas spent his whole life in one village, except for the years he fought for the Church

Juan Daniel Macías Villegas took part in a popular uprising to defend the Church and religious freedom in 1920s Mexico. In recent years he was known as the last living Cristero.

Now, at 103 years old, he has died, closing the book on a historic period that has been celebrated in song, fiction, film and popular lore.

The Cristero movement also produced a good number of saints and martyrs, and next week Pope Francis will announce the date of the canonization of Blessed José Luis Sánchez del Río, a youthful Cristero who was tortured and shot to death when he refused to renounce his fidelity to Christ. The Vatican announced his canonization prior to Francis’ visit to Mexico last month. During that visit, the pope met with local Jesuits, who presented him with the relics of another victim of Mexico’s religious persecution, the Jesuit priest Blessed Miguel Pro, who shouted out the Cristero rallying cry, “Viva Cristo Rey!” as guards shot him to death.

Macías died Feb. 18 in his hometown in the southwestern state of Jalisco. The area was a hotbed of Cristero resistance, after the government of President Plutarco Elías Calles severely restricted the Church’s activities in the 1920s.

According to a report on the website of ACI Prensa, the Spanish version of Catholic News Agency, Macías was born in 1912 in the town of San Julian. It was the first place to rebel against the government’s repression. The same priest who baptized him as an infant later blessed him when he took up arms. Like Sánchez del Río, he enlisted at a young age, 13, signing up with General Victoriano Ramirez.

“He participated in several campaigns in the area of the highlands of Jalisco and Guanajuato, and the second Cristero campaign (1935-37) under the command of Lauro Rocha,” said the report.

In addition to Blessed Miguel Pro, the Church has recognized other martyrs from the Cristero period. In the year 2000, Pope St. John Paul II canonized a group of 25 martyrs from the period, including 22 priests and three lay persons.