Mass in Ordinary Time Is Not Really So “Ordinary” 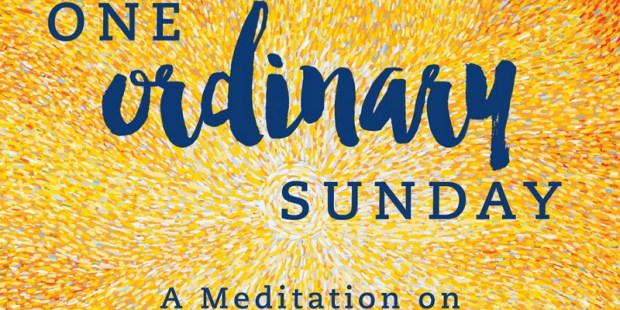 Paula Huston’s newest book would be, by itself, a pretty good, solid meat-and-potatoes introduction to the Roman Catholic Mass, except for one thing: It is quite a bit more than that. This possibly is the best introduction to the Western Rite Mass I have read.

I say possibly because I need to keep some bets hedged, but I am pretty sure I have never read one more winsome. It is her personal meditation about going to church on one normal Sunday morning in the church season called Ordinary Time.

That is the season of the Church Year when the liturgical color is stuck at green forever and where nothing much special is going on. It is the post-Pentecost time of year. There are no biggie festivals coming and no peculiar awaiting disciplines to endure. It is Ordinary Time, stretching long into late summer, what someone has called the Dog Days of Pentecost. It can be a very dull time in the worship life of the Church.

But through Huston’s eyes, One Ordinary Sunday: A Meditation on the Mystery of the Mass reveals something else. Like the Mass itself, the book is divided between story and sacrament, the Liturgy of the Word and the Liturgy of the Eucharist. If one writes about the Mass, it must be within that framework, and we must know why the two go together to make the whole. Also, every work on the Mass must underscore the link it has to Jewish synagogue worship, the tap root of the Liturgy of the Word. To my great satisfaction, she does just that.

Relying on the imposing two-volume liturgical work of Jesuit scholar Joseph A. Jungmann (d. 1975) (The Mass of the Roman Rite: Its Origins and Development),  Huston handles the scholarship with ease and art and doesn’t come anywhere near overpowering a lay reader.

Jungmann is important. In the run-up years to Vatican II, he, likely more than any other scholar, set out the history of the mass in such a way that the reforms of the Vatican Council led to the development of the Novus Ordo Missae, the “new Mass,” casually slandered in some circles as a “Protestant Happy Meal.” It is far from that but these pages are not the place for that discussion.

What we may assume, though, is that One Ordinary Sunday is a Novus Ordo Mass, exactly for someone like Susie, one of the many people Huston introduces, who come to Mass on an ordinary Sunday. “I might have been born into the Church,” says Susie, who is looking for more at Mass, “but I don’t think I ever quite ‘got’ what goes on in the Eucharist. And now I’m at the place in life where I really want to know.”

For the Susies, and for anybody else who might be reading over her shoulder, Huston cogently explores biblical insights, church and liturgical history, social and cultural analysis, all that from within the elements of the Mass.

Not unnaturally, she takes her time doing it. While an engrossing read, it is not a quick one. She moves the reader gradually, step by measured step along a leisurely paced pathway.

She pauses, intermingles autobiographical notations on her story of faith and of her once faraway faith, mixed with family, friends, fellow parishioners like Susie, and a year of grieving for the dead, and she successfully places it within the Mass. It is, as she tells it, an affecting story of what happens on just any ordinary Sunday. She puts together the gospel, the technical, the doctrinal, the poetic and some of the tragic, and when she is all done she has explained exactly how the Mass has ushered us into the Upper Room with Christ.

For footnote and bibliographic junkies, like me, One Ordinary Sunday is sourced well and, oh, bless her heart, she has included an index.

Russell E. Saltzman is a web columnist at First Things magazine and lives in Kansas City, Missouri, and his latest book is Speaking of the Dead. He can be reached on Twitter as @RESaltzman.