Thinking makes it so: Shakespeare, Psalm 8, and the difference faith makes 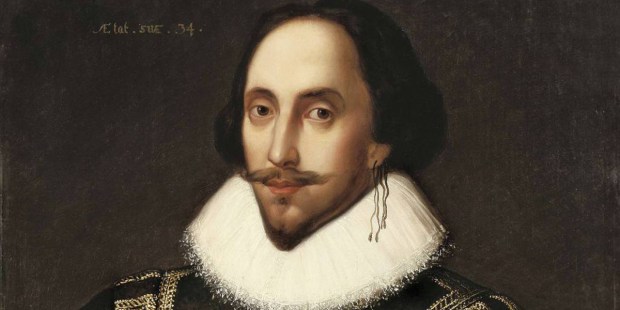 What the Bard doesn’t say about God speaks volumes about faith.

William Shakespeare, whose birthday we celebrate on April 23, has been known to turn the sacred into the profane. Literary critic Stephen Greenblatt argues that “the refashioning of traditional religious materials into secular performance” is characteristic of Shakespearean drama. But that doesn’t make Shakespeare an irreligious playwright — in fact, sometimes what the Bard doesn’t say about God speaks volumes about faith.

Nowhere is this more true than in Hamlet’s “quintessence of dust” speech. This famous monologue is almost a rewrite of Psalm 8, but without God — comparing the two texts shows what happens to our outlook when we disregard the divine. Impossible to prove, but I suspect Shakespeare meant it that way. I suspect he knew just how much we lose when we erase God from the world.

Hamlet’s speech is a picture of surpassing beauty seen through eyes of despair. The grieving prince no longer appreciates the good in good things. “This goodly frame, the earth, seems to me a sterile promontory,” he sighs. “The air, . . . this majestical roof . . . appears . . . a foul and pestilent congregation of vapors. . . . What a piece of work is a man, . . . And yet, to me, what is this quintessence of dust?” All Hamlet can see in heaven’s burning splendor and mankind’s exquisite form is dust and air.

The speech closely parallels Psalm 8. Scholars Peter Moore and Naseeb Shaheen have noticed this connection, but its significance is underappreciated. Both Hamlet and the psalmist consider earth, then the heavens, then mankind’s place in creation’s hierarchy. But for the psalmist, Hamlet’s “sterile promontory” bears the very signature of God. “How glorious is Thy [i.e. God’s] name in all the earth!” sings the psalmist. Where Hamlet sees noxious gas, the psalmist beholds “Thy heavens, the work of Thy fingers.” Where Hamlet exclaims, “what a piece of work is a man, . . . in action how like an angel,” the psalmist marvels, “what is man, . . . Thou hast made him but little lower than the angels.” So why does Hamlet see desolation in the same places the psalmist sees glory?

It’s because Hamlet leaves out God. To the psalmist, creation’s towering heights express the Creator’s might and excellence. God’s “majesty is rehearsed above the heavens.” Stars are “the work of Thy fingers.” And God, marvelously, honors mankind: “what is man, that Thou art mindful of him? . . . Yet . . . Thou hast made him ruler over the works of Thy hands.” God shares with man his power to control animals and crops — to rule nature. The psalmist’s world is a cosmic kingdom to which we find ourselves heirs. But Hamlet ignores God. And without its divine foundation, the whole glittering architecture of the psalm’s universe crumbles. Hamlet is left surveying the ruins: a sterile promontory. A congregation of vapors. This quintessence of dust.

Perhaps Shakespeare knew, or sensed, that all objective morality and beauty collapses without God. Beauty exists in perception, morality in the will. Neither is fully real except within a consciousness. An unseen sunset is just light refracted through air — its beauty consists in its effect upon a viewer. A fatal thunderstorm isn’t immoral; it just happens. But murder is an immoral act because a conscious agent makes the choice to kill.

But if only human consciousness exists, whose perception wins? If the sky looks bleak to me, who are you to say it’s radiant? If entire populations condone murder, who has authority to disagree? Without an ultimate arbiter of value, Hamlet’s mad raving comes true: “There is nothing either good or bad, but thinking makes it so.” Objective goodness only exists if a sovereign consciousness perceives it and declares irrefutably that it is good (Genesis 1).

So without God, Hamlet’s worldview is helplessly subject to his emotions. Nature is no longer a luminous expression of God’s glory but a meaningless infinity of atoms — a blank canvas whose value or beauty is in the eye of its melancholy beholder. To the psalmist, on the other hand, nature is unshakably beautiful and man is incontrovertibly sanctified. If every human on earth decides murder is laudable and sunsets are hideous, they will all be catastrophically mistaken. Because God is alive, and God knows — declares — that human life has worth. That beauty is beautiful. That justice is just.

I can’t be sure what Shakespeare believed. But I think he knew what he was doing when he wrote Hamlet’s godless psalm. I think he understood that without faith, all the value in the world is left blindly dependent upon our human moods and whims. Shakespeare died on the same day he was probably born — April 23. What has yet to die is his poetry, which is incomparably rich with beauty and alive with truth. Those two things endure eternally because they endure in the sight of God. That’s what I think Shakespeare knew.

Spencer Klavan (spencer.klavan@gmail.com) studies classical literature at the University of Oxford and writes when the spirit (or a deadline) moves him.