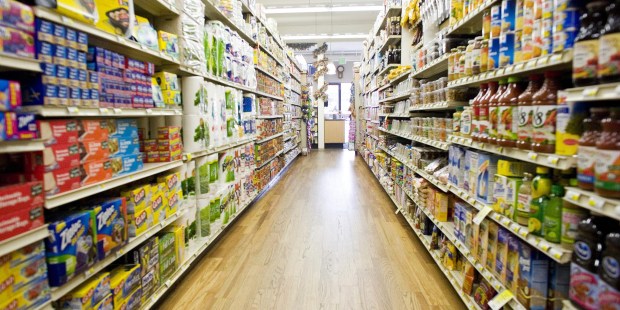 I first saw the recipe for sweet and spicy chicken stew in a copy of Woman’s World. I trust this magazine’s recipes; I’ve made several before, and they always turn out wonderfully. But this one seemed like it would be extra delicious. I was immediately drawn to the recipe; I felt somehow compelled to cook this dish. Strangely, the task was urgent.

The week was hectic, and the stew was complicated. I needed ingredients, so I headed to the store, wandering up and down the aisles, tossing items into my basket. I found everything except an exotic spice — garam masala. The spice was nowhere to be found; I’d checked the spice shelves four times.

A nice-looking woman was meandering by, and I decided to enlist her help.

“Have you ever heard of garam masala? It’s a spice.”

“Why, no, I haven’t. But I can check my phone.” She produced her smartphone and began to search. “Looks like it’s an Indian spice, and it looks like Giant Eagle carries it.”

I silently thanked God for the kindness of strangers as she went on her way.

Giant Eagle was about three miles from my current location. I didn’t really want to go to another store, but something was telling me I had to cook this stew. To save a little time, I decided to call Giant Eagle to see if they actually had the spice.

“Good afternoon. This is the manager,” a guy said happily.

I liked him immediately.

“Hello,” I said, driving toward the store. “I’m looking for an exotic Indian spice, and I was told you carry it.”

“There are three places I can check for it, so it’s going to take a minute.  Please hold.”

I put the call on speaker phone and was quickly pulling into the store’s parking lot. I decided to sit in my car and wait for the manager to come back with the news. I so wanted the spice to be there. It just had to be there because, for some reason, I just had to make this sweet and spicy chicken stew.

A few minutes later the manager’s voice blared from my speaker phone. “We don’t have it. I’m sorry. I checked in all of our spice locations.”

“You don’t have it?” I said in disbelief. This was a great blow. “You’ve got to have it. Somebody told me you carry it.”

“Would you mind if I came in and checked for myself?”

“Ma’am, you can do whatever you want.” He must have thought I was crazy.

I walked to the international spice section in aisle 6.

At first I didn’t see garam masala. But I did spy a beautiful St. Jude candle on the top shelf.  Suddenly, it dawned on me. This was the real reason I’d been so bent on cooking the chicken stew. St. Jude was inviting me to seek his intercession.

I had faithfully prayed to St. Jude, patron saint of lost causes, when things got really tough for me with cancer five years ago and my autistic son became completely destabilized.

St. Jude and St. Anne were my go-to saints. I couldn’t have gotten through that awful time without them.

Lately, things had been hard again. Tommy was having trouble at school. I was depressed. And I was terribly angry and couldn’t stop cursing. I felt terrible for swearing like a sailor.

This was no way to be. St. Jude wanted to help me, I believed.

I took the candle off the shelf as I began to scan the other shelves again for garam masala.

Success! There it was! I found it!

I scooped the spice up too. (I was so glad I’d come in and checked for myself.)

What’s the lesson in this little story?

Like Our Lord, saints work in mysterious ways. They reach out to you when they know you need it most.

The St. Jude candle is lit in my kitchen at this very moment. I’ve been praying, and my “sailor mouth” has gotten a little better. I’m a little less angry, a little less bitter from the bitterness that comes sometimes with simply living life.

By the way, the sweet and spicy chicken stew was delicious.  I knew it would be.