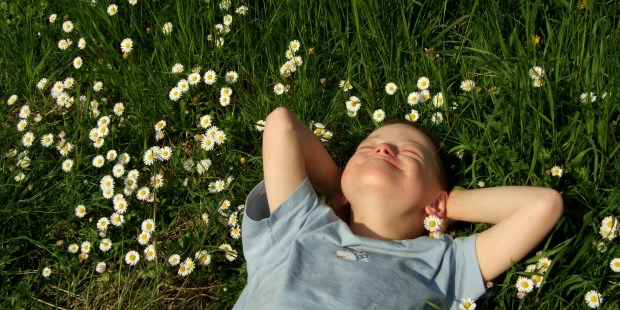 Tough one to remember, right?

A study in the Lancet shows that the chemical with that long name, found in green tea, improves cognitive ability in people with Down syndrome.

“In a year-long clinical trial, the treatment led to improved scores on memory and behavior tests, [researchers] reported in a study published in the The Lancet Neurology,” The Telegraph reported Tuesday.

Brain scans revealed that the compound altered the way neurons in the brain connect with one another, and the effect lasted six months after the study ended.

“Exciting day for the ‪#‎Downsyndrome‬ community,” said the Jerome Lejeune Foundation on its Facebook page. “The publication of data on research funded by the Jerome Lejeune Foundation on the use of [Epigallocatechin gallate] to improve cognition in those living with Down syndrome has been published in Lancet Neurology. Congratulations to our friends Drs. Rafael de la Torre and Mara Dierssen for this publication and their outstanding work.”

The foundation is named for the French geneticist Jerome Lejeune, the first to establish a link between an intellectual disability and its genetic cause. He discovered in 1958 the existence of an additional chromosome on the 21st pair of chromosomes. He renamed the condition trisomy 21.

Lejeune, who died in 1994, was the first president of the Vatican’s Pontifical Academy for Life.

“This is the first time that a treatment has shown efficacy in the cognitive improvement of persons with this syndrome,” Dierssen, researcher at the Centre for Genomic Regulation in Barcelona, told the Telegraph.

While significant, she added in a statement, the results should not be interpreted as a “cure.”

“But it may be a tool to improve these individuals’ quality of life.”

Down syndrome affects approximately one in 1,000 people, according to the World Health Organization, but some fear that number may be dropping because better and better prenatal diagnostic tests are thought to encourage more abortions. Some women, of course, resist suggestions to abort—and come to discover great joy in rearing a child with Down. Such was the case with Courtney Baker, a Sanford, Fla., mother whose physician prenatally diagnosed her daughter, Emersyn Faith, with Down syndrome.

The doctor, Baker told ABC News, suggested she terminate her pregnancy. Even after she refused, she said she continued to feel pressured.

“I’m sad the tiny beating hearts you see every day don’t fill you with a perpetual awe. I’m sad the intricate details and the miracle of those sweet little fingers and toes, lungs and eyes and ears don’t always give you pause,” Baker said in a letter to the doctor. “I’m sad you were so very wrong to say a baby with Down syndrome would decrease our quality of life. And I’m heartbroken you might have said that to a mommy even today. But I’m mostly sad you’ll never have the privilege of knowing my daughter, Emersyn.”

Because, you see, Emersyn has not only added to our quality of life, she’s touched the hearts of thousands. She’s given us a purpose and a joy that is impossible to express. She’s given us bigger smiles, more laughter and sweeter kisses than we’ve ever known. She’s opened our eyes to true beauty and pure love.

“I hope he sees Emmy, I hope he sees my words on paper,” Baker told ABC News. “Emmy is proof that children with special needs are worthy and can change the world. She’s doing it right now.”