A Contemplative Christian Response to Orlando 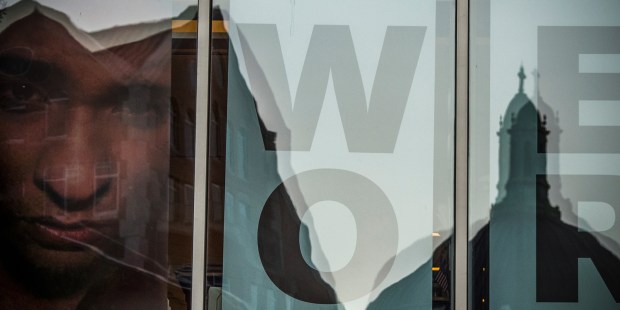 What is a Christian to do in the face of increasing extremism and violence?

The blood had barely dried on the floor of the Pulse nightclub in Orlando before my Facebook feed was crowded with posts laying the blame on someone or something. Depending on who you ask, guns, Muslims, homophobia, mental illness, or the Christian right are the source of all our woes. According to each person’s primary motivating ideology, if one of these factors were eliminated, the world would be safe again.

Except the Orlando tragedy, and our world, is much more complicated than a Facebook news feed.

The shooter himself demonstrates the complexity of the situation. Omar Mateen was a Muslim who was abusive to women, married but attracted to men and someone who frequented the gay club he later returned to shoot up. Not particularly religious when he married his first wife, Omar became radicalized enough to pledge his loyalty to ISIS before the shootings. I pray for the person whose real job it is to figure out this disturbed man’s motivations for brutally murdering 49 people. But it doesn’t seem much use for any of us to play armchair politicians, psychologists, or detectives with this or any other tragedy.

So, what is a Christian to do in the face of increasing extremism and violence?

When you pray, go to your inner room, close the door, and pray to your Father in secret. (Matthew 6:6)

In a climate of fear and anger, I withdraw and go to my inner room and shut the door. I bring the sorrows and the tears of humanity to God and I ask him to pour out his mercy and his grace on our suffering world. I pray for the repose of the souls of the victims of Orlando and for anyone in the world who dies suddenly, without the time to prepare his or her soul to meet God. I pray for ISIS and the conversion of anyone who sympathizes with radical Islam. I pray for those who are vulnerable to violence, including those in the LGBTQ community who are particularly affected by this incident. I also pray for other people vulnerable to violence including refugees, the unborn, and persecuted Christians. I pray for an end to gun violence and mass shootings. I pray for any Christians who communicate God’s loving commandments in a hateful way. I pray for the mentally ill, that they will find the help and understanding they need. I pray for anyone who uses the media to promote violence, including any kind of petty division and animosity toward those we perceive to be our ideological opponents.

And I pray for myself.

As sin and violence spill across the pages of modern history, I acknowledge the seed of this violence within me. Humanity’s sinful concupiscence joins with the devil every day to fight to win our souls from God. None of us is immune to sin. To violence. It begins in gossip, division, small-mindedness, ostracizing, and constant criticism of others. Terrorism, the towering oak tree of large-scale violence and sin, all begins with the same single seed present in each one of our souls.

Will we let it grow?

Will we let the violence perpetrated by a sinful man ravage our own souls as well? Will we allow the violence of a terrorist to beget violence in our own hearts? Will we respond to egregious violence with the petty seeds of violence? Will we continue to plant seeds of anger, nastiness, unforgiveness, and scorn all over the internet and in our personal relationships?

Or will we beg God to shine his light on the shadows of our souls and help us to bring light into our dark world?