Does Christianity foster intolerance and violence? 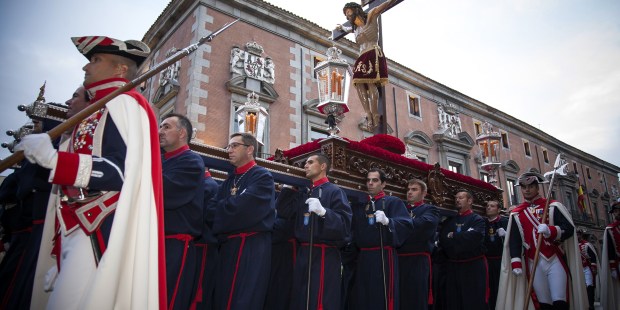 If you take your faith in Jesus Christ seriously and you strive to be devoted to the Lord, you may have observed, even if anecdotally, that professing your Christian faith, no matter how benignly, is often not a welcome exercise of self-expression in our 21st-century world. In this respect, last February, Ignatius Press author Carl E. Olson wrote an article on Catholic World Report titled New Study: Increasing Number of Americans Consider Christianity “To Be Extremist.” Are such Americans correct in their assessment? Does mainstream Christianity inherently foster extremism or intolerance of other faiths, and by extension, violence? Is it possible for a Christian to justifiably commit an act of sheer violence in the name of God? In short, no.

If you read the Gospels, from the first chapter of Matthew through the 21st chapter of John, in all 89 chapters, you will not see a solitary circumstance in which Jesus calls for violence (although Matthew 10:34-36 paralleled in Luke 12:51-53 must admittedly be evaluated and assessed based on context; but the intent is discernible).

Have some committed violence in his name? Unfortunately, yes. Yet, they were acting as the antithesis of the Gospel. After all, as Jesus so sternly asserts, “Not everyone who says to me, ‘Lord, Lord,’ will enter the kingdom of heaven, but only the one who does the will of my Father in heaven. Many will say to me on that day, ‘Lord, Lord, did we not prophesy in your name? Did we not drive out demons in your name? Did we not do mighty deeds in your name?’ Then I will declare to them solemnly, ‘I never knew you. Depart from me, you evildoers’” (Matthew 7:21-23). Later in his ministry, even in the midst of his Passion, Jesus famously reminded us that “all who take the sword will perish by the sword” (Matthew 26:52).

Of course, Jesus did not shy away from what had (and has) to be said about how we are called to live righteous lives, and he proclaims multiple truths regarding morality framed by true love that are occasionally challenging for us – all of us – to hear (let alone accept [let alone immediately fathom]). Thus, he likewise calls every single one of us to repentance in the light of our sin, which separates us from his abiding grace … but he is ultimately the Prince of Peace: “For a child is born to us, a son is given us; upon his shoulder dominion rests. They name him Wonder-Counselor, God-Hero, Father-Forever, Prince of Peace” (Isaiah 9:5).

Although people have certainly – and always unfortunately – committed violence in the name of particular religions (I could take all day to provide objective figures, circumstances, and other details across an array of faith traditions), we must continue to recall how many more people have instead chosen to wage peace in the name of religion. In other words, for every person who has performed an evil act in the name of faith, there are multitudes more whose faithful convictions have dissuaded them from acting maliciously by keeping the enduring interests of humanity in their decision-making framework. The sheer numbers are fortunately and astoundingly staggering.

“Peace I leave with you; my peace I give to you. Not as the world gives do I give it to you. Do not let your hearts be troubled or afraid” (John 14:27).