How we should “think differently” about poverty 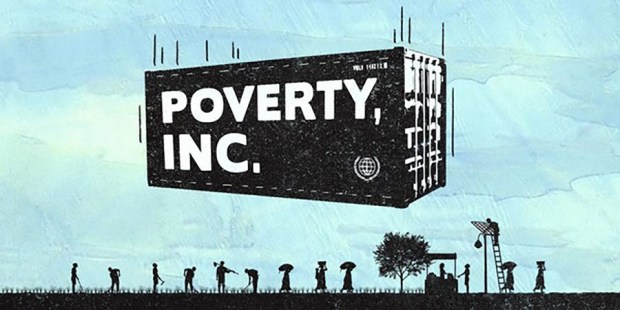 Is the way we address global poverty working? A new award-winning documentary called Poverty Inc. is challenging audiences to consider the question. Aleteia asked the director and producer, Michael Matheson Miller, why he thinks we need to think differently about poverty:

Aleteia: What are the innovative or different ways you’re approaching the issue of poverty in your work and in this film?

Michael Matheson Miller: The standard way we’ve tried to alleviate poverty, since end of World War II at least, has been a type of big scale, social engineering — that these are big problems that need big solutions. After World War II, the idea was ‘we’ve won the war, now we need to win the peace…’ But generally speaking, it has not achieved what was hoped for and it led to a new type of colonialism. Part of the problem is philosophical. We’ve combined an objectification of the poor—that they are a problem to be solved—with social engineering and covered it with humanitarianism. Humanitarianism is different than Christian love. Christian love seeks the good of the other; humanitarianism has limited horizons.

The development of nations is very complex but we know certain things are really important, including the ‘institutions of justice’: clear title to land, private property rights, access to justice in the courts, free association and free exchange.

The second thing, among others, is access to justice in the court. The Center for Research in India did a study that it takes an average of 20 years to get your court case heard.

Doesn’t this get into the political systems of these places? These things require some level of honest and stable government to make happen.

Absolutely. It’s a serious problem that these countries need to try and address. The problem with the poverty industry is that we actually create incentives for governments to keep doing bad things. I’m certainly not saying it’s all the fault of the poverty industry, though; the governments in these places have a great responsibility, too.

In the film, we tell the story of a Peruvian economist in Lima who set up a sewing machine shop and decided to register the business just like a poor person would have to. So he got four student lawyers and had them go out and follow all the rules and regulations—taking public transportation—everything. And it took them 289 days to register a business. As he said, the legal systems are simply unfriendly to poor people. People are excluded, they are locked out.

Another thing we’re stressing is free exchange—the ability to buy and sell without undue government burden and be able to have contracts enforced. A lot of people will hear that and say, wait, don’t free markets or capitalism hurt the poor? Well, crony capitalism absolutely hurts the poor. There was a story recently about subsidized peanuts being sent down to Haiti—it’s a classic example of crony capitalism masked as humanitarianism hurting the poor.

When I talk about free exchange, many people, especially religious people, are surprised. They ask ‘doesn’t free competition hurt the poor?’ The answer is, of course it can, and no system is perfect. There are trade-offs to be sure, but generally speaking, a free and competitive economy is very important for the poor. Here’s why: When an economy gets highly regulated to ‘protect’ the poor, who do you think writes and influences the regulation? Big businesses, powerful interest groups, and an entrenched bureaucracy. The poorest of the poor lack the political economic and social contacts that are needed to navigate the system that is dominated by these powerful forces.

So that’s why free exchange is important to the poor. There are other reasons, too: It creates opportunities for innovation, but it is especially important because it creates the capacity for inclusion. In all our attempts to protect the poor, too often we’ve excluded them.”