Artist Heads to World Youth Day With a Mission

Where will you lead? Where must I go? I’ll follow You even if I don’t know.

“I suppose I’m a dreamer. I kind of shoot big, and sometimes things might not necessarily go the way that you hope or dream. However, I have found that so many blessings just come from going ahead and shooting big,” said Christian recording artist Ryan Tremblay in an interview with Rhode Island Catholic.

Tremblay is among the handful of artists officially selected by the World Youth Day organizing committee to perform onstage during the festivities.

Ryan met the Holy Father once before when he and his wife  Elizabeth had their marriage blessed by Pope Francis at an audience in 2014. The encounter was nothing short of miraculous for the couple: They had been told they had about a 1% chance of having children. A few weeks after the papal blessing, the Tremblays were told they were expecting not one baby, but triplets.

It’s understandable Tremblay would want to see the Holy Father a second time, to share his gratitude and his music ministry. But where does his almost supernatural optimism come from?

It might have something to do with his sister Erica.

Erica was diagnosed with breast cancer 14 weeks into her second pregnancy. She chose to move forward with the pregnancy despite the health risks. After giving birth to a healthy baby girl, she passed away a few weeks later.

“Before she passed, she told me, ‘Ryan, I just have a feeling. I know you’ve been wanting to see your music ministry grow. This is going to be your year,’” Tremblay shared in the interview with Rhode Island Catholic.

Sharing his music with the Holy Father would certainly be a place to start. Cecilia will be there at World Youth Day following Tremblay and all of your favorite Catholic artists.

For more on Ryan Tremblay, and to support his latest project, Trust: An EP for Erica, go to his website. 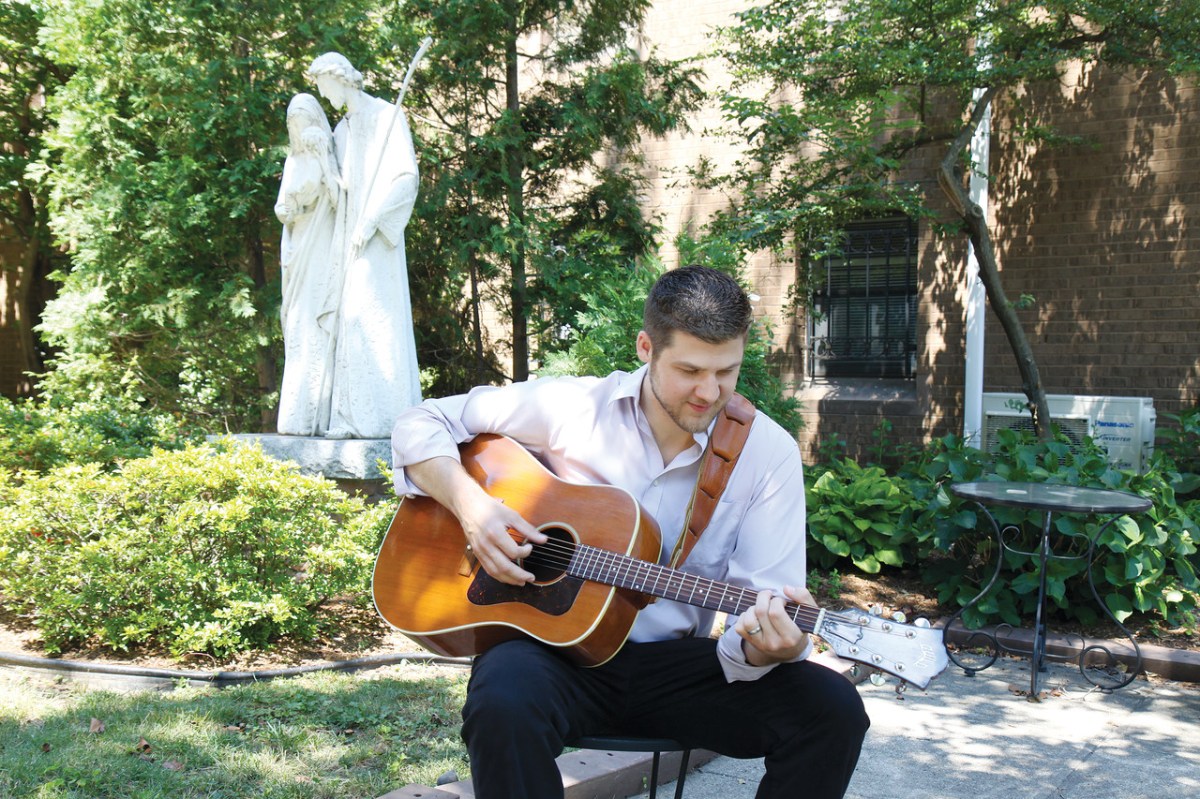