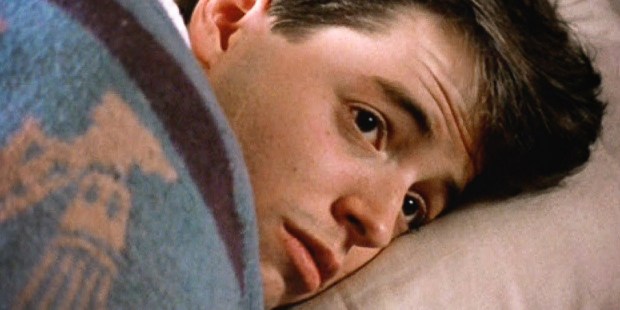 Focusing intently on the details of our lives will, often enough, bring despair. The key is to pan out.

The other night I played a board game with my youngest two children. It had been a long day, but the dishes were done and they asked nicely. Neither of them are particularly good, but we had fun. And, much to his delight, the five-year-old emerged victorious. Sadly, the idyllic bonding time was marred by a fair bit of exasperation and scolding on my part, as game pieces were dropped to the floor and cards became creased and imperfect with use. The game became a snapshot of parenting in general, a good bit of joy mixed with frustration, some raised voices, and a few tears.

Those sorts of times are supposed to be what it’s all about, right? But, looking back now, did it really matter? Neither of them will probably recall the evening later in life. And, even if they do, they may end up remembering my grumpiness and exasperation more than the joys.

The life of the average parent is made up almost entirely of those sorts of moments. Is such a life meaningful? Why play a game they won’t remember? Why teach a lesson they’ll forget? As a Christian, I can hope for heaven someday, but do the details of life between now and then really matter?

These questions stretch back to Athens, Ecclesiastes, and beyond. But, I’d like to address them from a less exalted source: Ferris Bueller’s Day Off.

In a particularly memorable scene, the characters focus on Seurat’s masterpiece, “A Sunday Afternoon on the Island of La Grande Jatte.” As the scene progresses, Cameron, Ferris’s melancholy friend, focuses more and more intensely on a girl’s face in the painting until it dissolves into a meaningless jumble of colored dots. In director John Hughes’s commentary, he explains that the montage represents Cameron’s growing sense that his life is as meaningless as those dots. The scene is a poignant and sobering interlude, in a light comedy.

Now, in the film, Cameron breaks out of his funk by asserting his autonomy against his domineering parents. But, there’s another answer, one hidden in the structure of the film — hit rewind. Focusing intently on the details of our lives will, often enough, bring despair. The key is to pan out. Cameron is right; cut free from any larger context, his finite existence is ultimately meaningless. That truth, symbolized by the minuscule patchwork of colors from the painting, can be replicated with any work of art: a millisecond of Mozart, a millimeter of Michelangelo; a sentence fragment of Shakespeare — all meaningless. Yet, situated in their proper context each has purpose and beauty. Seurat’s masterpiece would still captivate us if that fragment of a girl’s face were excised by vandals, but it, and we, would be the poorer. The same is true of the mundane moments that constitute our tiny, seemingly insignificant, lives.

The problem is perspective. With poems and paintings we can take in the whole, and then understand the purpose of the fragments, even those that are dark or dissonant. We can’t do the same for our own lives, in the same way. Most of us are so caught up in the stress and struggles of daily life that we lose perspective. And, even when we do stop and reflect, we are like Lilliputians, unable to see beyond three or four patches of color around us.

We need the perspective of the divine Artist whose plan is infinitely vast, complex, and beautiful. He gives us glimpses. That’s what revelation is, a tiny glimpse of the big picture. The Bible, Tradition, the sacraments, these allow us to situate ourselves within the bigger picture. In a special way for Catholics, that’s the point of the Mass. If foible-ridden homilists, off-key cantors, and mucous-y conveyers of the sign of peace can be caught up into the grand drama of salvation embodied in the liturgy, the same can happen with the rest of our lives.

God can take something as limited and flawed as that game night and make it part of a masterpiece. My son’s delight in a silly joke is an obvious gift to the world. Even my grumpiness might be an opportunity for forgiveness and charity as my children look back someday on a loving, but decidedly flawed, father.

I can’t pretend to understand the meaning of it all, much less so God’s reasons for allowing the darker times in our lives. But, I can trust that God is working to bring beauty and harmony from the whole vast canvas of history.

Someday, perhaps God will allow me an eternity to explore how it all fits together. Those small moments from countless days and nights will fall into place and I’ll see how he weaves together joys and failures, light and dark, into one small section of the grand masterpiece of creation reflecting God’s glory.

[Editor’s Note: Take the Poll – Do you stop and look around enough?]