10 Olympic athletes who were not afraid to share their faith 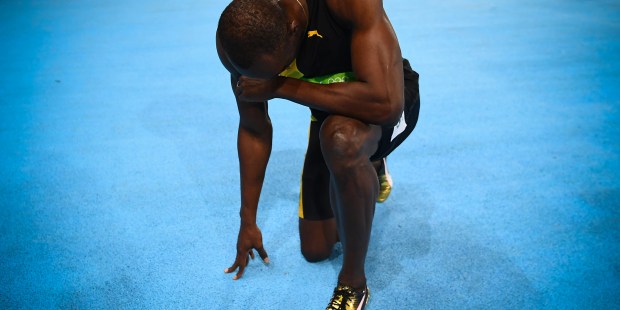 It was surprising — and inspiring — to see so many athletes give witness to their strong Christian beliefs. Here’s a round-up.

Olympic athletes have a unique opportunity every four years to inspire the world with their physical strength, graceful movements and mental stamina. This year many Olympians have added another attribute to be imitated by all: their strong Christian faith.

It was surprising to see not only feature articles and interviews that focused on an athlete’s personal practice of religion, but also the vocal witness many athletes gave on national television.

They showed us that while they worked hard to discipline their bodies to receive a gold medal, they did not neglect feeding their souls with spiritual nourishment.

Here are ten athletes who stood out this year for their religious beliefs and were not afraid to give their witness before others.

David Boudia and Steele Johnson – After winning a silver medal in the men’s synchronized 10-meter platform Boudia said in an interview, “There’s been an enormous amount of pressure. I’ve felt it…It’s just an identity crisis. When my mind is on this [diving], and I’m thinking I’m defined by this, then my mind goes crazy. But we both know that our identity is in Christ, and we’re thankful for this opportunity to be able to dive in front of Brazil and in front of the United States. It’s been an absolutely thrilling moment for us.” Boudia wrote about his own journey of faith in his latest book, “Greater Than Gold: From Olympic Heartbreak to Ultimate Redemption.”

Simone Manuel – Immediately after the exhausting 100-meter freestyle race, Manuel was interviewed by NBC and fighting back tears she said, “All I can say is all glory to God, it’s definitely been a long journey these last four years…and I’m just so blessed to have a gold medal.” Manuel is not afraid to use her social media to share her Christian convictions, referencing “Phil 4:13” in her Twitter and Instagram bios and writing to her followers, “All Glory to God! Isn’t He awesome! I am extremely blessed.”

Brianna Rollins – Following an American sweep of the 110-meter hurdles, Rollins told NBC reporters, “I just kept God first and just continued to let Him guide me throughout the rounds…We formed a prayer circle this morning and we just let His presence come upon us…[they prayed that God would] just help us come out here and continue to glorify Him and do the best that we can and that’s what we did.” Her Twitter profile reflects this strong faith and she prominently says on it, “I want to break world records and win gold medals, but I also want to be known as the athlete who glorified God by reaching my full potential.”

Usain Bolt – Known as the “world’s fastest man,” Bolt is less vocal and more visual in regards to the expression of his faith. He routinely makes the sign of the cross before each competition and wears proudly a miraculous medal around his neck. Additionally, the Catholic News Agency reported that the “Vatican invites Usain Bolt to address religious liberty conference.” The article mentions “As a Catholic, Bolt is known for making the Sign of the Cross before racing competitively. He also bears the middle name [St.] Leo.”

Abbey D’Agostino – After colliding into a fellow runner during a 5,000-meter qualifying heat on Tuesday, United States runner Abbey D’Agostino turned back to help a rival get up and finish the race. She said about the event, “Although my actions were instinctual at that moment, the only way I can and have rationalized it is that God prepared my heart to respond that way… This whole time here he’s made clear to me that my experience in Rio was going to be about more than my race performance — and as soon as Nikki got up I knew that was it.”

Missy Franklin – Even though she had a disappointing Olympic games, Franklin’s faith helped her see the positive side of things. She had previously told reporters about her faith, saying, “My experiences at Regis Jesuit have absolutely impacted my spiritual life, in so many ways. I am considering converting to Catholicism; I’m currently Protestant… Going into Regis Jesuit, my faith was not a very big aspect of my life. Taking my first theology classes, going to my first Masses, going on my first retreats, I began to realize how important God is in my life and how much I love him and need him.”

Katie Ledecky – A superstar in the pool, Ledecky won five medals in Rio, including four gold. Before going to Rio she told reporters how she prays before each race, “I do say a prayer – or two – before any race. The Hail Mary is a beautiful prayer and I find that it calms me.” She credits her Catholic schooling for her success both in the pool and in life.

Simone Biles – The world was captivated by Simone Biles and her performances did not disappoint, winning four gold medals and one bronze. In an interview before the Olympic Games, Us magazine asked Biles to empty her gymnastics bag in hopes of finding a secret formula to her success. While most of the contents of her bag were no surprise, the reporter noticed a white rosary that fell out. Biles explained, “My mom, Nellie, got me a rosary at church. I don’t use it to pray before a competition. I’ll just pray normally to myself, but I have it there in case.”

Michael Phelps – Clearly a changed man, Phelps continued to dominate the pool in what could have been his last Olympics. Over the past two years Phelps has shaken off his immature façade and has started on the road to reclaiming his life for Christ. Phelps was changed by the book The Purpose Driven Life by Rick Warren, which was given to him by former Baltimore Ravens linebacker Ray Lewis. Phelps not only read it; he began to share it with others. This gave him the nickname at the rehab center of “Preacher Mike.”

This year’s Olympics have shown us a unique spiritual side of these amazing athletes and hopefully will inspire many young people to run the race for an imperishable crown that will endure.