Sacred music is alive and well 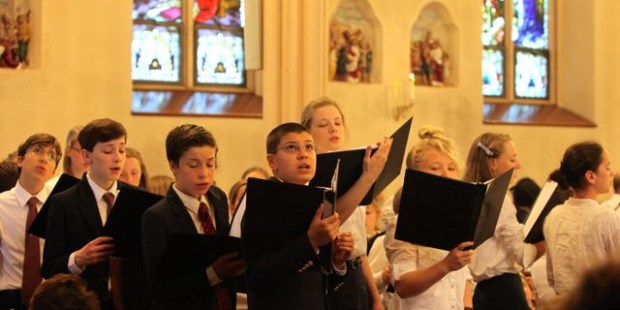 Dr. Peter Kwasniewski, cantor, conductor and composer, talks to Aleteia about the future of church music

A couple of years ago, under the aegis of Corpus Christi Watershed, I published a volume called Sacred Choral Works, which contains over 80 compositions of varying lengths for all the seasons of the Church year, mostly for four-part choir (Soprano-Alto-Tenor-Bass), but in a few cases for three-part choir (Soprano-Alto-Bass) or equal voices (Soprano-Soprano-Alto/Tenor-Tenor-Bass). Some pieces are in Latin, others in English, so there’s a variety for both the Ordinary Form and the Extraordinary Form, and always following the ideals of the Church’s Tradition and the Church’s Magisterium. At my YouTube channel there are sample pieces and scores, for those who are interested in having a listen and a look.

Are you working on any big musical projects at this time?

Yes, two as a matter of fact.

A gentleman from Austria wrote a letter to me a few months ago to thank me for the Sacred Choral Works. He floated the idea of a polyphonic Mass and set of Propers for the principal Marian feast of Innsbruck, which is always celebrated the first Saturday of July. After we agreed on the feasibility of the project, he commissioned me to write the eleven compositions—Kyrie, Gloria, Credo, Sanctus, Agnus Dei, Introit, Gradual, Alleluia, Offertory, and Communion—for a premiere on July 1, 2017, in Innsbruck. Naturally, that’s a wonderful project to be working on, and will keep me busy in the months to come.

The other project is also very exciting. A choir director in Chicago who had come to appreciate my sacred music proposed that we hold a public concert with professional singers, and in tandem with the concert, make a recording and produce a CD. In order to fund this, he launched a Plumfund campaign  that is doing well so far (but needs a little bit more to push it to the goal). The concert will take place in Chicago in June 2017, with the details to be announced shortly. It would be hard to exaggerate how special it is to have such a concert and recording to look forward to. Music doesn’t really exist on paper; on the paper you have only symbols of it. The music exists when it is being performed. This is why Arvo Pärt says that musicians are “co-composers” with the composer.

What can people expect from the upcoming concert in Chicago?

As I mentioned earlier, I’ve written a lot of simple pieces that any choir can sing, and many of those are in the book Sacred Choral Works. But I’ve also written a fair number of more challenging pieces that only a professional choir could sing, just because they’re more demanding in terms of vocal technique and the harmonies used. The choir would need to be expertly trained to get them exactly right. The concert is going to feature those pieces, which I might consider better works of art, but less accessible to an amateur choir. We’ll do a Mass, some motets, and hymns, works in Latin and in English. Then, we’ll record a CD of this concert program and make it available online.

I think it will be a splendid opportunity to demonstrate that sacred music is alive and well—that worthwhile new things can come from age-old ideals. It is a privilege to be able to serve Our Lord and His Church in this way.

Read Part II of our interview with Dr. Peter Kwasniewski, on the Church’s teaching on sacred music over the past 100 years and some of the challenges it faces today, here. Read the final part of our interview, on how to introduce good sacred music into your parish, here.

[Editor’s Note: Take the Poll – Is Sacred Music easier to pray to?]