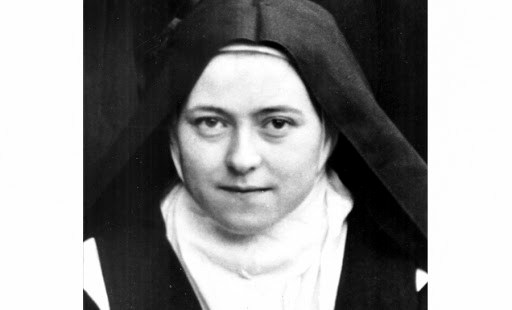 You and me and the more than 1 billion Catholics across the globe are family. Do we ever stop to think about that? There’s more. This family of ours also includes the saints.

Saints are excellent family members. Sure, many of them we’ve never even heard of. But I find that when I do come across a saint, and seek to get to know him or her, a relationship forms that never dies.

For example, recently I “met” St. John of God. I had never heard of him, but after reading about him and finding myself astounded at his teaching and witness, this saint is no longer “extended family” for me. It’s as if he’s moved in. I give him a shout-out every day.

But what if, for one reason or another, devotion to one of these older brothers or sisters wanes over the years? How do you rekindle the fraternal friendship? Well, sometimes it seems these heavenly siblings are in fact the ones who take the initiative.

I find that St. Therese is one of these insistent characters. There is no subtlety when she is communicating with you.

Though I’d had a devotion to her for years, I had slowly allowed a disconnect to form, springing from my taking her for granted until I was basically ignoring her. I think it was she who decided to grab back my attention as only she could. The sudden realization of her being nearby (even though I had been ignoring her for so long) was powerful.

More to read: Why Don’t You Ever See Saints Smile in Religious Art?

I have a small bedroom I converted into an office. Against the wall next to the closet is a narrow bookcase. It is about seven feet tall and one foot wide and has seven shelves. It is a great dust collector. One day I had a sudden urge to “straighten up” the mess of papers and supplies I had so “neatly” placed on those shelves over the past few years.

I reached for the stack of old magazines on the third shelf. I placed one hand on top and tried to get my other underneath the stack. As if working together in synchronized dance, they all cascaded downward like a paper waterfall landing and sliding into a pile on the floor. I shook my head and mumbled to myself, “Idiot.”

I bent down to begin picking up the magazines spread like dominoes across the floor. In the middle of the pile I saw a thin box, which clearly didn’t belong in the stack. As I picked it up, the box popped open and a bunch of religious photos slid out. I could not remember why they were there or where they had come from. But right on top of the pile, looking up at me with a satisfied smile, was an 8×10 photo of St. Therese.

Two hours later that photo of my sweet, little friend (and your friend too), was in a very nice 12×15 bordered frame hanging on the wall a few feet away.

But Therese’s efforts didn’t stop there. As I was cleaning out the garage the next day, she reminded me of her presence again through a book connected to her devotion. It was “Mary Day by Day” — don’t ask me how it got there — which was St. Mother Teresa’s favorite book. Mother Teresa, of course, was a great devotee of St. Therese, and took the name Teresa because of this devotion.

More to read: From Ambrose to Zelie: For Catholic Babies, Old Is the New New

Then I got an email from one Therese Martin (the saint’s birth name). With all of this, she certainly got my attention.

Now that her image is rescued from dust and disuse, I get to see her and have a little chat every day. She still is smiling gently. Since we have reconnected I have seen more roses than I can count.

What saint-friends and family are hiding in your piles and ready to come back into your life?