Does the culture rely too much upon college degrees? 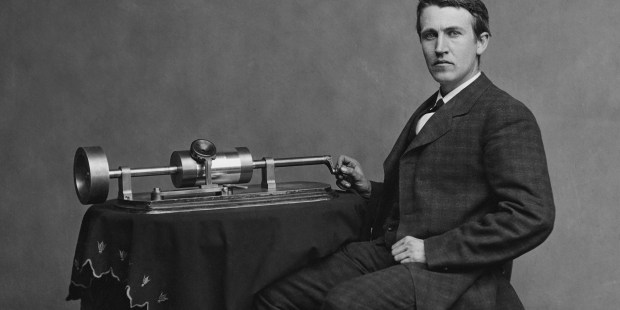 Society needs a few people to dare the system, if only to say it is still permissible to wonder

He has authored more than a dozen books, written a syndicated newspaper column and countless essays and articles covering a broad range of subjects—sports, politics, mobsters, union thugs, cultural touchstones, booze and blades of grass—all of it written in a smart, literate voice of the casual sophisticate who takes his subject, but not himself, seriously. And in the summer of 2010, Pete Hamill finally received an honorary graduate’s diploma from Regis High School, a Jesuit-run prep school from which he dropped out 59 years earlier. “It was the last period when you could do that and still have a life,” Hamill told the New York Times. “Try getting a job on a newspaper now without the résumé.”

True. We live in an era where a well-educated journalist can declare the Constitution to be “more than a hundred years old” and therefore difficult to understand, and remain credibly employed; it does seem that credentials matter more than ability. Demonstrating that one is able to conform to curricula currently trumps boldness; seat hours in the auditorium count more than audacity.

I wonder if that’s really good for America, though. To become educated is a marvelous thing; to have the opportunity to study is a privilege too many take for granted. But have we become a society that places too much weight on the attainment of a diploma, which sometimes indicates nothing more than an ability to keep to a schedule and follow a syllabus, and underappreciates the ability to wonder, to strike out on an individual path and to learn on one’s own? When did non-conformists become so unromantic and undervalued?

James Taranto, a puckish and observant editor at the Wall Street Journal once suggested that Sarah Palin’s humble bachelor’s degree from the University of Idaho contributed to the overt hatred the credential-obsessed media consistently betrayed whenever her name came up. In sympathy, Taranto informs the reader that he possesses no college degree at all. “For the record,” he notes, “our high school diploma is a GED.”

Well, for nearly 60 years a GED was more than Pete Hamill possessed. Or, for that matter, the late Peter Jennings, who managed to forge a distinguished journalistic career without a diploma. NBC news anchor and managing editor Brian Williams attended several universities in pursuit of a degree. He never did acquire one. Nor did Thomas Alva Edison, withdrawn from school after only a few months, and then home-schooled by his mother.

One of my sons graduated a few years ago from a very good college at which he performed poorly. From his sophomore year forward, he hated college and seemed to work very hard at getting his parents to pull him out, but we were adamant about that degree. Since graduating, he has read non-stop—philosophy, economics, theology, mathematical theory; he reminds me of Winston Churchill, the famously poor student who asked his mother to send him books while he was stationed in India (in the cavalry because he was considered too stupid for infantry duty) and educated himself until he was the equal of any Oxford graduate, and then some.

It is a wonderful thing to sit in a classroom and grow in knowledge, if one is in fact doing that, but often it seems that degrees should be awarded in going through the motions; they come without a genuine expansion of thought, or an enlargement of wonder. And to paraphrase Gregory of Nyssa, it’s the wondering that begets the knowing.

Jeff “Skunk” Baxter dropped out of Boston University to start playing guitar in various local bands and became a founding member of Steely Dan and an occasional Doobie Brother. While he still accepts studio gigs, Baxter also chairs the Civilian Advisory Board for Ballistic Missile Defense and consults with the Pentagon, the Department of Defense, the intelligence community and various defense manufacturers. His expertise in the area of missile defense systems and tactics is considerable, and he is self-taught. An interest in recording technology got him to wondering about military hardware, and things took off from there.

Perhaps the overreliance upon credentials is connected to the undervaluing of faith in society. In the past people of faith had the examples of holy men and women who managed to exhibit enormous wisdom through grace, whether they were exceedingly well educated, like St. Augustine, or not educated at all, like St. Catherine of Siena. Saints are full of wonder; it is their ability to wonder, in fact, that allows them to be open to grace, the gate of all of their theological and philosophical brilliance.

And when faith was common to kings and paupers, self-evident brightness and acumen were appreciated and acknowledged. People understood that there was more than one way to learn, or that ideas could be burnished and gifts could be nourished by sheer curiosity sustained on a pilot-light of passion, even without the consent and certification of an appointed body.

As recently as 60 years ago society was willing to take some things on faith, and that habit-of-faith allowed room for instinct to have a voice; it permitted one to try people out, to give a guy a chance to prove himself. Lacking faith, lacking a mind-set that can trust in possibilities, there is nothing to fall back on but credentials.

And if credentials are all we value, we miss out on the Churchill, or the Baxter, or the Hamill, to our great detriment. Education and certification, particularly in the hard sciences, is essential and good, and a broad education is life-enriching. But society needs a few people audacious enough to strike out, or to dare the system, if only to show us that it is still permissible to wonder.