How to recognize when you’ve fallen into gossip, and pull out of it before you sink 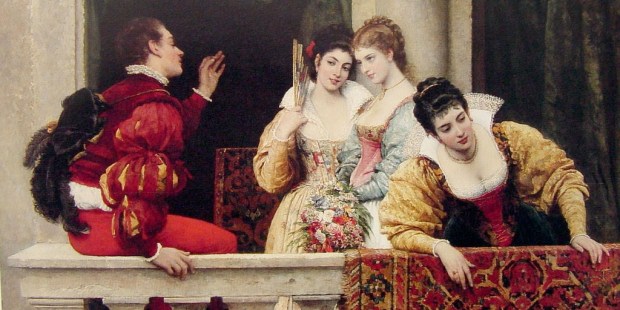 Gossip sells the dignity of others, but dehumanizes us for the purchase

44) When conversations devolve into “the dark joy” of gossip, help change the subject.

Harrison had it so right. Gossip. It’s not only the devil’s radio, but his hobby, as well. The word itself announces its low-and-slithering nature with a hiss. Psst mimics nothing so well as the flick of a serpents tongue.

The hiss and then the flick – they are twin components of gossip: the hiss gets attention, and the flick releases a toxic venom that usually resides within us; its release makes us feel so much better for an instant, at least, because in the moment of the flick, we connect to the people who agree with us.

It’s a funny thing about that venom, though. If its deployment is discovered, its toxicity seems to deepen; its wounds become spread out, and lasting. But even if the object of our pssting never knows that we struck, somehow, the poison redounds back upon us, anyway, and shrivels our souls just a little more, because gossip – slithery sin that it is – slinks its way through the deadly sins, and pride, and wrath, and envy stick to it (and perhaps, sometimes, even the other four, as well), and then we’re carrying an awful lot of spiritual sickness with us.

Talk about toxicity! Gossip dehumanizes the people we’re talking about by selling their dignity for a few cheap, ego-puffing observations; it dehumanizes us, for the purchase.

Pope Francis is sometimes accused of speaking too ambiguously, but he has spoken often on gossip, and always with tremendous directness and clarity. The first time he addressed it came only a month into his papacy, in April, 2013, and what he said has really stayed with me, because it was so perfectly and poetically put:

“I don’t know why, but there is a dark joy in gossiping. Sometimes we begin by saying nice things about another, but then we slip into gossip, making the object of our chatter merchandise to be bartered. Let us ask forgiveness because when we do this to a friend, we do it to Jesus, because Jesus is in this friend.[i]

Dark joy is a perversion of real joy, which should always be light and bear light, as well. Indulging in it only invites us to continue to seek out joy in dark places. What makes gossip joyful is the sense of superiority it gives us over another. We lose sight of our own flaws; we lose our own humility, and build ourselves up in the creation of an “other” and – though we may well hate ourselves in a million different ways – at least we’re not like him or her.  Because this is true, gossip always carries with it an undertone of judgmentalism. But, as Pope Francis, and countless saints down the ages have reminded us, we are meant to see and serve the Christ Jesus that resides within each of us. The very same Jesus who was ridiculed and gossiped about (and judged) around the courtyard fire, and amid the palaces of Herod and Pilate, resides within the subject our psst, and that is what makes gossip darker than we have ever imagined. We psst, and it is in the direction of Christ, and goodness and evil are face-to-face, once again, as at Eden; as in the desert of temptations.

How Do We Break Away from the Habitual Sin of Gossip?

1) Ask your Guardian Angel to keep you from the sin of gossip by prompting your awareness. Once you enlist the help of your angel, your awareness will immediately be heightened.

2) Learn to recognize gossip when it shows up.

3) Once you realize that you’re engaging in gossip, stop. Take the advice of the saints and try to turn the conversation towards positive things, or better yet, be bold enough to say, “Guys, this sounds like gossip, let’s move on.” If it continues and you can break away, you should try to.

4) Pray for the person or group you’ve gossiped about. There is no better way to sharpen your recognition of gossip, or to cultivate empathy for the subject of gossip, than to pray for him or her. Generally, once you emphasize with people, you’re much less inclined to gossip about them.

Lord, in the days leading up to your Passion, you were the subject of much gossip, which contributed to the sensibilities of the mob. Mob mentalities are never good, and too often gossip either arises from them, or feeds them. Wishing no part of that mindlessness, nor to be party to any act that makes me barter away the humanity of another for my own amusement or validation – and wishing also, to always remember that you are present in each of my fellows — I beg you, like the psalmist, to “set a guard over my mouth and keep watch at the door of my lips,” particularly when I am in the company of others, and joining in casual talk, where discretion is too often lost. In Christ’s name, we pray. Amen.

Excerpted from Little Sins Mean a Lot: Kicking Our Bad Habits Before They Kick Us, Elizabeth Scalia, Our Sunday Visitor (May, 2016)

[Editor’s Note: Take the Poll – Do you partake in gossip?]