Vote your conscience, but don’t expect a Messiah 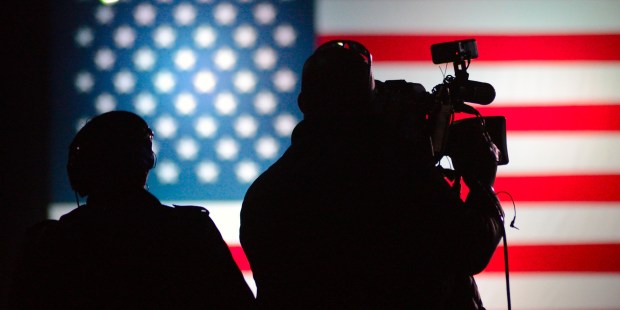 He’s already come… and no matter who is president in January, our duty to advance God’s kingdom continues.

The crowd in first-century Jerusalem was crying out for the Son of the Father, but they misidentified him, because that’s what humans do.

The governor said to them in reply, “Which of the two do you want me to release to you?” They answered, “Barabbas!” Pilate said to them, “Then what shall I do with Jesus called Messiah?” They all said, “Let him be crucified!” (Matthew 27:21-22)

One interesting feature of life in Jerusalem during the time of Christ is that messianic figures were around practically every corner. This is because the book of Daniel had prophesied that the coming of the Messiah would be fulfilled during the 1st century while the Jews were under Roman rule. Barabbas happened to be one of these messianic figures; his very name translates as “son of the father,” and therefore becomes a very meaningful archetype for man’s penchant to seek answers through worldly power.

While awaiting the coming of the Christ, many Jewish people, Judas Iscariot included, expected the ushering in of an earthly kingdom through an anointed strongman. This was what made a figure such as Barabbas so appealing. With the assurances of both biblical prophecy and a warrior who would fight for the freedom of the Jewish people, many were sure that the new Jerusalem was nigh. Time and again, Jesus would remind his disciples that His Kingdom was not of this world and that true freedom is not accessible through earthly power.

The idea of a strongman who will fight for us is an intoxicating one. Particularly when it seems we are being governed by people who have little concern in advancing our best interests. The Romans viewed the Jews in such a way. They believed the Jewish people should consider themselves lucky to be ruled by their benevolent government. While the Jewish people had every right to wish better for themselves and seek an alternative to Roman rule they would nonetheless choose the wrong messiah to advance their kingdom. Jesus warned that earthly power is a dead end, and that true freedom comes through his transformation of us from the inside out.

Fast forward 2,000 years, and here is the crux for the Christian voter. No matter who is president in January, our duty to advance God’s kingdom continues. No matter who we believe has the ability to affect the most positive change, we must overcome the desire to anoint them as anything more than another flawed human. Christian freedom comes from a place inaccessible to worldly government and our ability to share it lies not in our rulers, but in our hands. Even though our civic duty is to cast a vote for a better tomorrow, our Christian duty is to speak the truth when our words are met with hostility. We must minister to the widow and the orphan while our leaders minister to their donors. We must roll up our sleeves and convert the world in the way our Savior taught us, through self-giving.

The election season, this year especially, can be morally stifling. Deciding between the candidates has us apprehensively choosing which of our Christian values we most dearly embrace, and that can be polarizing within our own communities. The secular us-vs-them line of the last few decades has come into the churches. We are ever in danger of falling for the same fallacy that had plagued the Jewish people in their search for freedom.

Barabbas is only able to grant a temporal kind of freedom, if any at all, and he is wholly unable to usher in an era of peace. The Messiah has already come and together as Christians, Republican and Democrat — conservative and liberal — we must advance His kingdom. So let us not make the same mistakes of our ancestors by choosing the figure who we believe holds the keys to our freedom. Because the fact is that ransom has already been paid.

Moreover, God has his hands in all things, including what we perceive to be the worst of outcomes. We need only look at the cross to remember that.