The parties, the ideologies, and the Church they want to silence 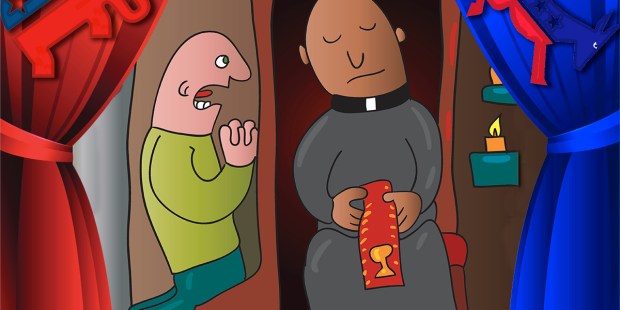 This is being written on Tuesday, in the knowledge that by the time it appears on Wednesday the world will have taken a somewhat different shape. Here’s the thing, though: I don’t think the world will be very different, whoever’s elected. Which is to say, the election may not matter nearly as much as the world tells us it does.

The world, of course, wants us to believe that the world will be profoundly different. The world, in the guise of the two major parties and the whole ideological apparatus that supports them — the think tanks, writers, magazines and websites, the entertainment and news industries — depends upon our passionate commitment to a this-worldly politics. It does this in part by making small differences look big, and by making political identities more important than other identities.

That is true for every American, but even more true for Catholics. The world wants Catholic partisan Republicans and Catholic partisan Democrats who think the other opposes the urgently needed good. It wants both to believe that all the issues must be settled right now lest bad things happen. As C.S. Lewis said of the commercial exploitation of sexual desire, “A man with an obsession is a man who has very little sales resistance.”

That division makes the Church far less a public threat to the parties and the ideologies. The Church’s commitments run aslant to any worldly political party (a point the Compendium of the Social Doctrine of the Church makes, as I wrote last week). Because she starts with different beliefs, the Church corrects and judges both parties and the ideologies they represent. For them the Church is a pain, a nuisance, an obstruction — or would be, if she were a more unified body.

But there’s something else to say. This sounds cynical, but I think it’s something we must consider: The two sides do not differ as much as we think.

G.K. Chesterton talks about this in his famous comparison of Gudge the plutocrat (we would say conservative) and Hudge the idealist (we would say liberal). It’s found in his book What’s Wrong With the World, published in 1910, two years after his classic book Orthodoxy. Our mainstream conservatives and liberals differ in some ways from those of 116 years ago, but not all that much.

Chesterton suspects they are secretly partners and only pretend to fight. Gudge wants something profitable, and Hudge obligingly comes with an idealistic-sounding rationalization. “Hudge and Gudge, or the governing class generally, will never fail for lack of some modern phrase to cover their ancient predominance,” he writes. In particular,

Gudge rules by a coarse and cruel system of sacking and sweating and bi-sexual toil which is totally inconsistent with the free family and which is bound to destroy it; therefore Hudge, stretching out his arms to the universe with a prophetic smile, tells us that the family is something that we shall soon gloriously outgrow.

Today, the party of family values does little to support actual families, except to make them more efficient economic actors. The other party claims to support the family by broadening the term so far that it has no practical meaning and therefore no real protections.

You may think this too dark a view of our political system, or too critical a view of one or the other of the parties, and you may be right. But whoever is elected today, the two sides combine in wanting to divide Catholics and dilute the witness of the Church in America. The world is happy when Smith is more Republican than Catholic and Jones more Democrat than Catholic. It’s time we all said no to this.