US bishops on Trump: “We’ll be eager to work closely with him for the good of all” 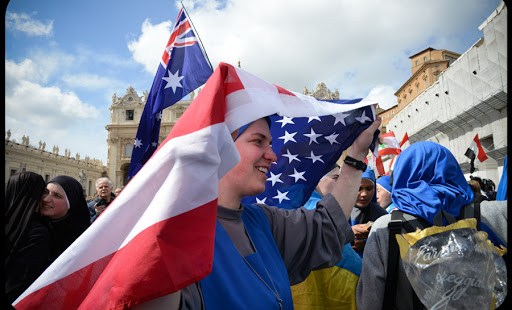 “Through the hope Christ offers, may God give us the strength to heal and unite…”

“Now that the election is completed, we are, of course, eager to be able to welcome our new President, and all the new elected officials. We’ll be eager to work closely with President Trump, as well as both houses of Congress, as we seek to really promote the good of all. We – as an Episcopal Conference – hope we will be able to continue to do so as we have been doing for the past 100 years.” The Archbishop of Louisville and President of the US Conference of Catholic Bishops, Joseph E. Kurtz, said this in a statement to Vatican Radio on Donald Trump’s election as President of the United States and the role of Catholics in this new phase of American politics.

The archbishop said that for Catholics, for people of good will and for believers, an election is a very important event because it supports a country in its internal search for the common good: the good of the human person, a good which respects the dignity of each person.

He added that when Pope Francis visited the US, during his meeting at Congress, at the White House, in Philadelphia and at the World Meeting of Families, he stressed the importance of effort and commitment in the political process.

The president of US bishops underlined that while bishops do not support specific candidates, they seek the common good, reinforcing Catholic social teaching and the principles that point towards the common good.

With American Catholics in mind, he emphasized that “every election brings a new beginning. Some may wonder whether the country can reconcile, work together and fulfill the promise of a more perfect union. Through the hope Christ offers, I believe God will give us the strength to heal and unite.” The archbishop said Christ’s hope will motivate faithful to join people of goodwill, other faithful and people of other faiths to see this new beginning as a new opportunity, a time to try to end this spiral of violence and enter into an age of civility in public debates.