Dare we admit there’s a war against Christians? 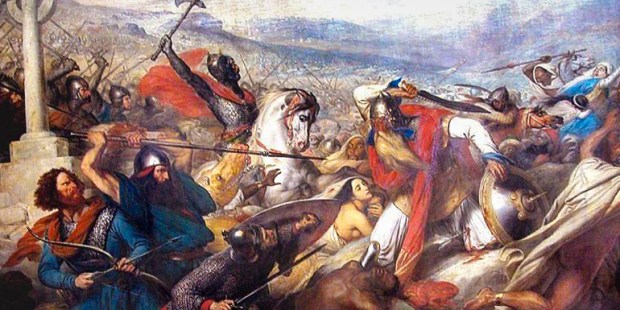 It’s time to resist our denial, despair and distraction

What do bombs, bigots and bureaucrats have in common? They are being used to harm, terrorize and kill Christians.

Even a cursory online search will show that 2016 was a horrifying year for Christians. From disgusted indifference, to open contempt, to murderous rage—secular and sectarian enemies of Christ have aggressively sought out Christians for destruction. This shouldn’t surprise us. Our Blessed Lord did promise us in this life the hatred of those who hated him first. Yet the Western World, which had until recently been mostly shielded from the kinds of persecution familiar to those in communist or Middle Eastern lands, seems in shock that the enemies of Christ want Christians silent or dead.

Why are the people of the West (still!) apparently taken unawares by hatred and violence aimed at Christians? In the predominantly post-Christian, post-modern culture in which I live, I think we are even now surprised that anyone takes religion so seriously—serious enough to promote their own and revile the religion of others. In the contemporary culture of the West, religion (especially the formerly predominant Christianity) has long been an optional and cultural decoration: “Sure—if you want to play around with Christmas trees and the Easter Bunny and say nice things about the Golden Rule, that’s fine. But to say that God is real and Church teaching is true? Ugh! How backwards can you get? Why can’t we all just get along? We can’t we just co-exist?”

That’s why we in the West are still surprised by the hostility and violence aimed at what once was known as Christendom. We can’t imagine why people would fight against a Christian faith and culture that we can’t imagine ourselves defending. We in the post-Christian, post-modern West, who long ago surrendered commitments to truth and morality, are embarrassed and confused by those who think truth and morality are worth living and dying for. We tend to think of such people as backwards and uncivilized as those who might fight and kill for their favorite athletic teams. Why such passion for what should be—at most—a mere enthusiasm?

We Christians in the formerly Christian West have to do some hard thinking in the time that we have left. We have spent generations living off a cultural inheritance to which we have contributed little or nothing. The rule of law, the irreducible dignity of the human person, the common good, the family as social cornerstone—all these were uniquely secured and promoted by the one Church founded by Christ. Barbarism and darkness await us if we do not act now to secure our Christian heritage and identity. Demographcially, economically and militarily, the sands of time are running out for the formerly Christian West. What are we to do?

Alert Christians in the West are faced with three temptations: denial, despair and distraction. Denial is just wishful thinking: “Everything’s fine! Nothing to see here! Everything’s fine!” But the inevitable next explosion, whether seen on television or on one’s street, will make denial harder to maintain.

Despair is hopeless thinking: “We’re doomed! We are helpless! We are already dead!” Despair is a sin against the virtue of hope, denying the promises of Christ. Despair is a refusal to live the stubborn love that hard times call for. What can God give to those who refuse to open their hands to him?

Distraction combines wishful thinking and thoughtless acting: We may busy ourselves with worthy causes or mere diversions, but with the aim of not setting our minds upon our danger (thus, denial) or not setting our hearts upon our deliverance (thus, despair). Yes, always we must be about the daily duties of our state in life and perform these duties to the best of our abilities, with great love. And always, we must be alert to the dangers and graces that surround us in these our difficult times. Sirach 2:1 reminds us that if we would serve the Lord, we must prepare for trial. My friends, our time of trial has already begun.

As the new year of 2017 lurches forward, let’s pray for receiving well three graces: knowledge, wisdom, and holiness. Seek knowledge—learn to identify both the truths and the enemies of the Faith entrusted by Christ to the one Church he founded. Seek wisdom—love what is good, flee what is evil, while desiring Heaven. Seek holiness—through prayer, penance, and the sacraments, let God form in you the image of his only-begotten Son. Our debt of gratitude to what God has entrusted to us through our Christian forefathers, and our debt of honor to the Christians who come after us, require that we live such faithful and sacrificial lives.

When I write next, I will speak of the trial of discouragement. Until then, let’s keep each other in prayer.