Oscar-worthy “Moonlight” may be problematic for Catholic audiences 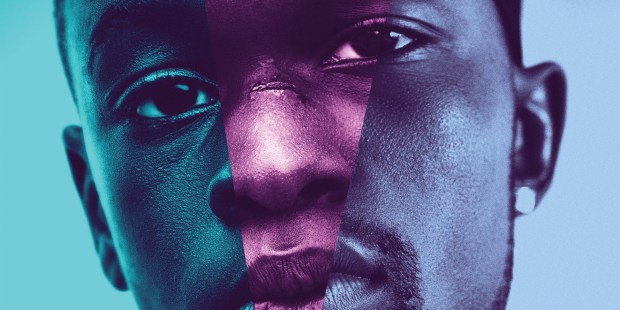 Admittedly, I was reluctant to see Moonlight, and the reason was a simple one; I don’t particularly enjoy message movies. You know the type I mean, the kind of films whose raison d’etre is to promote a pet political message or social statement, and little else. Well, when the first few whiffs of Moonlight began to circulate on social media, it reeked of being a message movie.

The synopsis alone read like an outline for a generic sermon on tolerance. A black child living with his crack-addicted, emotionally abusive mother is constantly bullied by the other kids at school because they think he’s gay. As the boy matures to manhood in the mean streets, he must come to grips with who he is and forge a place for himself in a harsh, intolerant environment that loathes those who are different. Terrible, right? It makes watching Moonlight sound like sitting through a 2-hour long sensitivity training session rather than going to see a movie. So, I gave it a pass.

But once Moonlight garnered a Best Picture nod, I felt duty-bound to watch it, if for no other reason than to be able to honestly answer the inevitable question from friends and associates about whether it was any good or not. In short, yes, it is good. Mostly. And it’s also refreshingly free of platitudes and polemics. Mostly.

Moonlight focuses on its main character, Chiron, at three distinct points in his life. As a child trapped in the situation described above, the young Chiron (Alex R. Hibbert) spends most of his time being miserable and uncommunicative. He manages to find a solitary friend in Kevin, a young Cuban-American boy who isn’t put off by Chiron’s oddities. He also discovers a father-figure of sorts in Juan (Oscar-nominated Mahershala Ali), a local drug dealer who takes the boy under his protective wing, in part because he feels guilt over providing crack to the boy’s mother.

The second act finds Chiron in high school, his mother now a complete addict and his confused sexuality even more pronounced. He experiences a singular moment of peace following a brief sexual experience with Kevin, but the feeling quickly fades and Chiron returns to his regular state of confusion. To make matters worse, Kevin eventually joins with a local gang in tormenting Chiron, a betrayal that pushes Chiron into committing a life-altering act of violence.

The final part of the film finds Chiron as a young adult following in the footsteps of his former mentor. Now a drug dealer himself, Chiron lives in near complete isolation from his fellow human beings. He seems resolute on continuing in this fashion, but a visit to his mother (Oscar nominated Naomie Harris) in rehab and a chance call from Kevin spur Chiron to set out on a journey to finally come to terms with who he is and who he should be.

Moonlight will be something of a mixed bag for most religious audiences. As a work of art, its quality is undeniable. It more than earns its place among the Academy nominees this year. However, its seeming resolution that Chiron’s ultimate redemption lies in fully embracing his homosexuality is in direct contradiction to Church teaching. Mostly.

You see, the odd thing about Chiron’s character is that other than his one-time encounter with Kevin, he has lived a life of compete abstinence. In that respect, at least, he carries himself in the manner the Church asks of all those with homosexual inclinations. The drug dealing, on the other hand, not so much. And that’s the catch, at least as presented in the movie. While his environment was certainly a contributing factor, it is strongly implied that Chiron would never have followed the path he did if he hadn’t received such harsh treatment over the years regarding his sexuality.

And that highlights a dilemma for modern Christians. The Church cannot and will not ever change its teaching on the sinfulness of homosexual actions. But so as not to lead themselves or others further into sin, the Church demands of its members that homosexuals be “accepted with respect, compassion, and sensitivity” and that “every sign of unjust discrimination in their regard should be avoided.” Not an easy tightrope to walk, and alas, the answer on how to do so properly isn’t to be found in a simple movie review.

What can be said is that Moonlight does what a well-made film should. It presents interesting characters in an involving story, and it never sacrifices either for the sake of delivering a diatribe. And while its conclusions are dubious from a religious perspective, it still manages to provide plenty of fodder for thought for the caring Christian. It’s a good movie. Mostly.