The witches and Trump: What fresh hell is this? 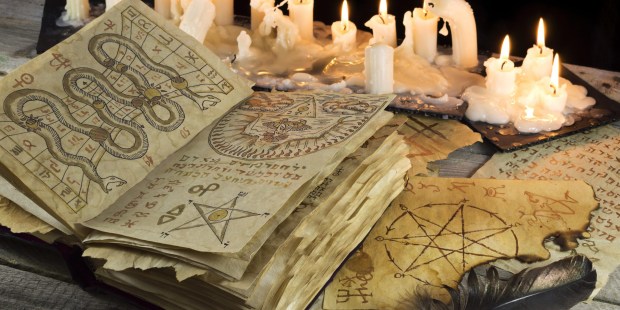 Is this just a political stunt or a new phase to an old, old, spiritual battle?

Last week thousands of self-proclaimed witches in the United States publicly announced their intention to cast a “binding spell” against President Donald Trump, in hopes of driving him from office. According to the Boston Globe, the spell was to be performed on February 24 at midnight and on every “waning crescent moon until Trump is out of office — to keep the president from harming people and nature.” Additional spells will be cast on March 26, April 24, and May 23 with plans to continue casting spells until Trump is no longer president.

The spell was posted online for witches across the world to join in, and while it may seem a bit “hocus pocus” for the general public, the witches performing the ritual are serious about their actions. They firmly believe that their negative ritual will have a spiritual effect of protecting the nation from the policies and agendas of President Donald Trump.

Read more: What you need to know about wizards, witches and warlocks

Magician Michael M. Hughes explained to the Boston Globe how the spell, “which involves an orange candle, a pin, a tarot card, and an unflattering photograph of Trump to be burned, is not a hex or curse and it’s not meant to physically harm anyone — it’s to keep them from doing harm.” It is believed similar spells were cast to protect protesters at Standing Rock.

The witchcraft being practiced may sound strange, but those who participate are doing so with a belief that the spiritual forces of this world are real and their rituals can have an effect on people and events.

Most witches in America subscribe to a type of ancient pagan religion, worshiping either multiple gods or nature. In general they are not affiliated with “Satanists” who openly worship the devil, but they do share a similar belief in “magic.”

There are two types of “magic” that is performed and studied by witches, namely, “white” magic and “black” magic. Black magic in particular is closely associated with Satanism and includes invoking demons and evil spirits and hexing or cursing other people. The “binding ritual” that is being performed is a ritual from the books of “black” magic and is aimed at making a person do something against their own free will. It is often described as “forcing” someone to go against their natural judgment in order to “protect” someone else from harm.

How real is it?

In the Catholic Church we know that “intention matters.” Intention determines which of our actions grave sin, and which do not. Intention drives prayer, and prayer has power.

Essentially these witches — and all who participate in their widely-published ritual — are bringing intention into a ritual meant to control or impede the will of others, and in doing so, they may be creating an opening for more than they bargained for. Intention does matter, as is discussed in the Catechism of the Catholic Church:

A good intention (for example, that of helping one’s neighbor) does not make behavior that is intrinsically disordered, such as lying and calumny, good or just. The end does not justify the means. Thus the condemnation of an innocent person cannot be justified as a legitimate means of saving the nation. On the other hand, an added bad intention (such as vainglory) makes an act evil that, in and of itself, can be good (such as almsgiving). (CCC 1753)

Even if one were to try to argue that the intentions of these people using occult methods are meant to positively work “for the good of the environment,” for instance, such intentions cannot be considered a morally licit means to an end:

It is therefore an error to judge the morality of human acts by considering only the intention that inspires them or the circumstances (environment, social pressure, duress or emergency, etc.) which supply their context. There are acts which, in and of themselves, independently of circumstances and intentions, are always gravely illicit by reason of their object; such as blasphemy and perjury, murder and adultery. One may not do evil so that good may result from it. (CCC 1756)

Are these rituals and incantations “doing evil”?

The participants in this occult action are by their actions unleashing a force. They are not imploring heaven or its angels, or its holy men and women, to pray for the ultimate good that is the holy will of God, whatever that might be (and it often looks strange to us: see Crucifix, The) to prevail. Rather they are summoning a force of oppression against free will — which has always involved the Evil One — to come to their aid and inflict harm on other people in hopes that other people are protected.

The Church has been very clear about the intrinsic evil of these actions.

“All practices of magic or sorcery, by which one attempts to tame occult powers, so as to place them at one’s service and have a supernatural power over others – even if this were for the sake of restoring their health – are gravely contrary to the virtue of religion. These practices are even more to be condemned when accompanied by the intention of harming someone, or when they have recourse to the intervention of demons” (CCC 2117).

The spells that are cast are real and they have a real effect because Satan has been allowed to impact the world until the earth passes away. He has been bringing harm to people since the Garden of Eden and continues to do so today. As Saint Paul wrote in in letter to the Ephesians, “For we are not contending against flesh and blood, but against the principalities, against the powers, against the world rulers of this present darkness, against the spiritual hosts of wickedness in the heavenly places.”

In response to this news, several Christian groups have pledged to counteract their spells with prayers for the protection of the president and the nation. Pope Francis has said in the past that “we can only respond to the Devil’s attacks with the works of God, namely, forgiveness, love and respect for others, regardless of whether they are different from us.” Whatever a person’s stance may be on Trump and his presidency, a spiritual war is being waged, and we should never wish harm on someone to bring about a greater good.

Read more: How does one put on “the armor of God,” as Saint Paul exhorts? The Breastplate of St. Patrick is a very good start.