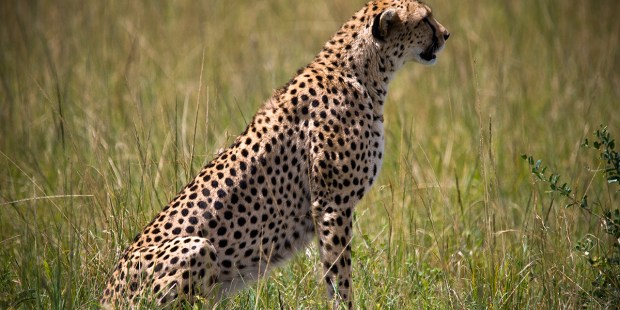 It’s no secret that there are some species today, such as the rhino and the cheetah, which face extinction, but most people would probably be alarmed to hear what some of the world’s leading biologists and ecologists say could happen by the end of this century. They claim that unless action is taken, 50 percent of the animals and plants on Earth will be gone.

Gathering at a conference called “Biological Extinction” at the Vatican this past week, scientists warned that humans are creating a “major extinction event” and we ignore this at our own peril.

“We need to unravel the processes that led to the ills we are now facing,” said one of the conference’s organizers, economist Sir Partha Dasgupta of Cambridge University, who is quoted in the Guardian. “That is why the Vatican symposia involve natural and social scientists, as well as scholars from the humanities. That the symposia are being held at the Papal Academy is also symbolic. It shows that the ancient hostility between science and the Church, at least on the issue of preserving Earth’s services, has been quelled.”

The conference focused on how many animals and plants necessary for human survival are under threat. “They provide an essential role in providing us with food and medicine, they purify our water and air while also absorbing carbon emissions from our cars and factories, regenerating soil, and providing us with aesthetic inspiration,” writes Robin McKie in the Guardian article.

The real challenge is what to do about it. Some experts are concerned about world population growth, which according to the United Nations, will increase from the current 7.4 billion to 11.2 billion by 2100. The largest growth will be in Africa. But rather than enforcing population control measures by imposing secular Western norms on the rest of the world, some believe we should find solutions that better respect and enhance human dignity, and concentrate on how the “big offenders” can make significant changes. (The US, for example, is one of the largest consumers of natural resources in the world.)

“Our desire for enhanced consumption grows more rapidly than our population, and Earth cannot sustain it,” conference sponsors said. “Nothing less than a reordering of our priorities based on a moral revolution can succeed in maintaining the world in such a way as to resemble the conditions we have enjoyed here.”