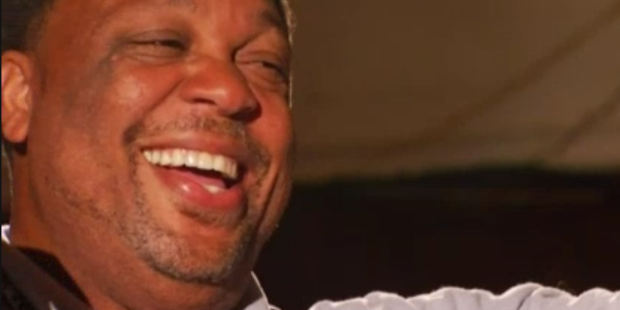 At the Rome School of Music of the Catholic University of America, they have a slogan: “Skills for life.” It means that the techniques you learn as a musician, though they may rust, will be with you all your days. Marvin Hatchett has given new meaning to this phrase, for he uses his skills to enrich the lives of others.

For 35 years, soft-spoken Hatchett has handled security for Wilson Middle School, in Pasadena, California. By day, he walks the halls as the friendliest security guard, engaging with the students and keeping them in line. After school, however, he dons the hat of music director and runs the school’s many musical groups, including drum line, orchestra, and the jazz band.

Hachett seeks no compensation. He performs these duties as a volunteer and even lends or donates his own equipment. His love of music and of sharing his gifts is apparent on his kind face and he speaks of his programs with the utmost humility. You can see from his reactions with the children that the best part of his day is going to work.

His efforts have touched students and faculty alike:

“Everything that involves drums, Marvin has taught me. I had no experience,” student Dillon Akers said. “If it weren’t for him, I wouldn’t be doing this right now.”

“He has integrity and he has a humbleness that is just a rare quality,” Principal Sarah Rudchenko said.

In an interview with Go Public, Marvin speaks of his students returning when they are in high school to help the younger students. It seems a shame that his program ends once the kids leave middle school.

Mr. Hatchett is an inspiration. Perhaps, instead of giving something up this Lent, we should make a greater effort to give something of ourselves to others and use our time and gifts to spread joy.