10 Tips for fighting the devil this Lent (or any time) 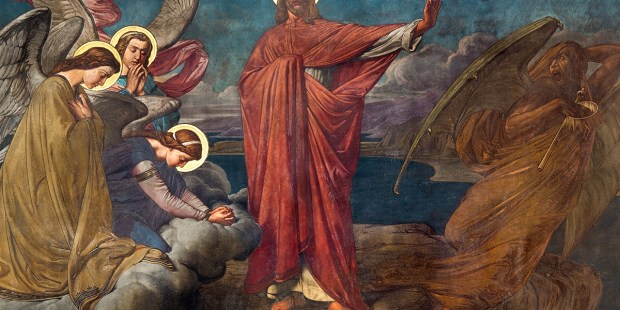 How to make this time a time of true conversion, without any concessions to the Prince of Darkness

Every day, we face a spiritual battle. The Word of God tells us that our life on earth is a constant combat against the Evil One, and it reminds us who have chosen to follow Christ to be always on guard for the battering of the devil.

To make this time of Lent a true time of conversion, without any concessions to the Prince of Darkness, here are 10 tips:

First off, give importance to prayer, which is the foundation of your spiritual life. Take time to read the Bible. We particularly suggest a meditative reading of Matthew 25:35-40.

As well, be firmly rooted in your vocation, whether it be married, priestly or consecrated life. Whatever your vocation, be faithful in all things to the call God made to you.

Finally, dedicate some time to the Church. Of course not everyone is called to full-time ministry, but all of us can collaborate in one way or another, according to our possibilities.

More to read: 3 Ways to Cultivate Silence This Lent

A major problem in the spiritual life is a slow or weak response to temptation. But with God’s grace, you can strengthen your will to firmly and decisively reject temptation as soon as it begins. Linked to this: We often have temptation because we place ourselves in a situation that is close to sin. Remember this proverb: If you play with fire, sooner or later you’ll get burned.

3. Call the enemy by its name and ask God for help

When we face or fall into temptation it is helpful to admit it: “I am being tempted by the devil, the enemy of God.” Call it by its name, and say short and fervent prayers to ask the Lord’s help. Examples of these short prayers include: “Jesus, I trust in you.” “Lord save me.” “Lord, come to my defense.” “Sweet Heart of Mary, protect me under your mantle.” Invoke (say) with faith the names of Jesus, Mary, and St. Joseph.

More to read: St. Joseph: Solace of the Wretched, Patron of the Dying … Terror of Demons?

Spiritual desolation is experienced as darkness in the face of divine truth, insensitivity to the Word of God, sluggishness in doing good, distance from God. This desolation can have unexpected strength and sway the good resolutions you had just a day before. St. Ignatius said that in a state of desolation, what’s important is: more prayer and more meditation, the examination of conscience (seek out why you’re having desolation) and finally, applying an adequate penance.

More to read: You may be suffering from acedia — and it’s deadly

You’ve surely heard the phrase “idle hands are the devil’s workshop.” This means that if you’ve got nothing to do, the devil will give you something to do. St. John Bosco didn’t like the season of vacation for his boys of the Oratory because he knew that too much free time came accompanied by temptations.

6. Use the weapons Jesus used in the desert

Prolonged and fervent prayer, constant mortification (fasting) and familiarity with the Word of God, both meditating on it and putting it into practice — these are efficient weapons to combat and defeat the devil.

7. Speak with a spiritual director

St. Ignatius warns us that the devil likes secrets; if one is in a deep state of spiritual desolation, and opens up to a spiritual director, the temptation can be overcome. Total silence is like a cut or a wound that is hidden under clothing. Until the wound is exposed and cleaned, not only will it not heal, but it will become more and more infected, potentially leading even to amputation. In the same way, once a temptation is revealed to a spiritual director, one achieves power over it.

Correct use of sacramentals can be very effective in the fight against the devil, particularly, for example, the brown scapular, St. Benedict’s medal, and holy water

More to read: 3 Things you might not know about sacramentals. Wait. What’s a sacramental?

9. Call on St. Michael the Archangel

In our battle against Satan, we should use every weapon. God chose St. Michael the Archangel as a faithful angel, prince of the heavenly army, to cast into hell Lucifer and the other rebellious angels. St. Michael, whose name means “Who is like God?” is as powerful today as he was then.

10. Call on the Virgin Mary

Mary is the human being Satan most fears, according to what many exorcists have gathered from the utterances of the demons. Mary has many titles; invoking any one of them is useful for banishing the Evil One. The ancient serpent, the devil, can charge against us with his hideous tongue, spewing venom, but if you ask help from Mary, she will crush his head.

[Translated and adapted from Desde la fe through Aleteia Spanish]