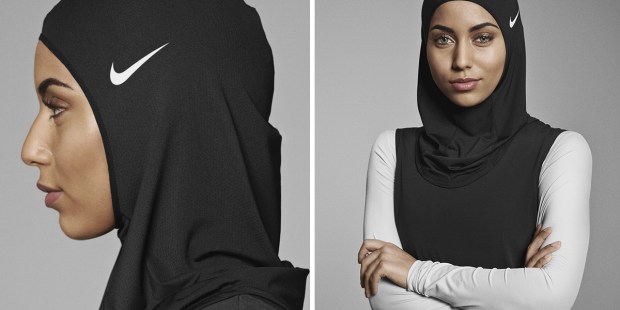 Athletes have been asking for high-quality modest performance wear

Nike has announced that it plans to launch a high-performance hijab for female Muslim athletes called the Nike Pro Hijab, according to the UK’s Independent.

It can be a challenge for Muslim women to work out and compete while also staying true to their principles of modesty and traditional practices. The new headpiece, which will be offered in three colors, has been designed to deal with issues associated with wearing a traditional hijab during exercise. It’s created with Middle Eastern temperatures in mind, its comfortable, stretchy fabric means it can be adapted to the person wearing it.

Muslim athletes have been calling for more appropriate performance wear for some time, so Nike collaborated with several Muslim athletes, including weightlifter Amna Al Haddad, to come up with the Pro Hijab. To make sure all the kinks are worked out, the hijab has also been tested by Manal Rostom, an Egyptian running coach, and Zahra Lari, an Emirati figure skater.

CNN’s Money reports that the process of designing the Pro Hijab took 13 months, and the final product will be available for sale next spring. Nike said the hijab is already being worn by Lari.

“I was thrilled and a bit emotional to see Nike prototyping a Hijab,” Lari said in a statement. “I’ve tried so many different hijabs for performance, and … so few of them actually work for me. But once I put it on and took it for a spin on the ice, I was blown away by the fit and the light weight.”