Study shows some of our best-known fairy tales may be 6,000 years old 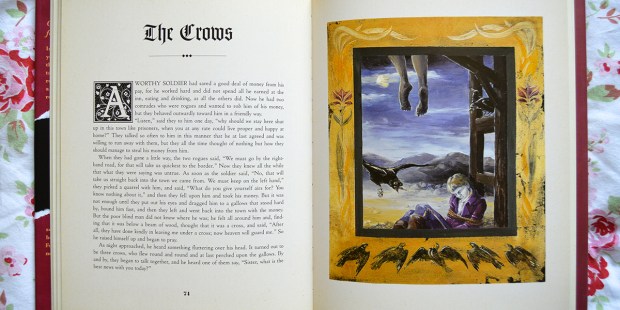 A new study published in Royal Society Open Science reveals that Western fairy tales, often credited to the brothers Grimm, may actually be up to 6,000 years old.

Using a massive online repository of more than 2,000 distinct tales from different Indo-European cultures — known as the Aarne-Thompson-Uther Index and compiled in 2004 — researchers concur that modern Indo-European cultures (encompassing all of Europe and much of Asia) came from the Proto-Indo European people who lived in Eastern Europe during the Neolithic Period (10,200 B.C. – 2000 B.C.).

The anthropologists conducting the study only included tales that contained magic and supernatural elements, since those would include all the famous fairy tales known today, and they were left with a sample size of 275 stories to study.

An article by David Shultz in Science Magazine explains that tracing such tales back through history is extremely challenging. There are few records and many of our best known fairy tales began as oral stories and weren’t written down for a very long time. From the article:

The researchers used statistical methods similar to those employed by biologists to trace species lineages back through the branching tree of evolution based only on modern DNA sequences.

Here’s how it worked: Fairy tales are transmitted through language, and the shoots and branches of the Indo-European language tree are well-defined, so the scientists could trace a tale’s history back up the tree—and thus back in time. If both Slavic languages and Celtic languages had a version of Jack and the Beanstalk (and the analysis revealed they might), for example, chances are the story can be traced back to the “last common ancestor.” That would be the Proto-Western-Indo-Europeans from whom both lineages split at least 6800 years ago (see image). The approach mirrors how an evolutionary biologist might conclude that two species came from a common ancestor if their genes both contain the same mutation not found in other modern animals.

Read more about why Shultz says that it’s more complicated than that.