Was this the most terrifying religious persecution in history? 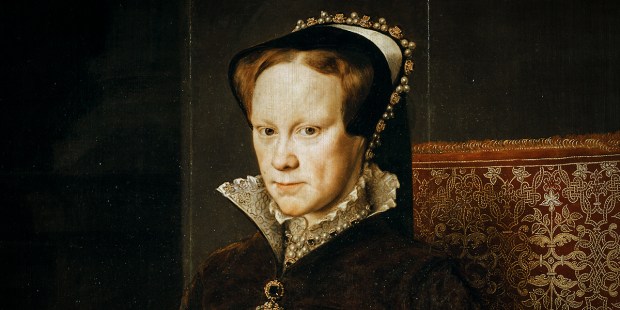 Spoiler alert: we’re not referring to the Spanish Inquisition.

In popular imagination, the Spanish Inquisition holds the (in)famous title of being the religious persecution par excellence. Some of its reputation, though, is owed (even if partially) to a black legend already long studied and debated. However, the Spanish Inquisition also had its reverse: persecutions and executions of Catholics in France and other European countries were, indeed, quite common in certain specific periods.

Of all these persecutions, probably the cruelest – and also maybe the most neglected by historians – were those originated during the reigns of Henry VIII and Elizabeth of Tudor, both fueled by the British monarchy after the Anglican Schism.

The Spanish newspaper ABC is currently running a series on history and, in one of their most recent issues, they addressed this controversial historical period, showing the harshness of religious repression during those times, best exemplified in the slaughtering and hanging of the Carthusian Monks of London in 1534, their prior John Houghton in capite. They were hanged, mutilated and slaughtered in the notorious Tyburn Square.

In 1537, a Catholic rebellion against the King ended up with the death sentences of 216 people, 6 abbots, 38 monks and 16 priests.

Later on, Mary Tudor would become the “blood-thirsty queen”  nicknamed “Bloody Mary” – although some voices claim this is also part of yet another black legend. During her reign, there was no respite for Anglicans, as this time they also suffered persecution. Political power and an interested use of religion would lead to the execution of almost 300 men and women charged with heresy between February 1555 and November 1558. Many of them were the Queen’s enemies since her early childhood. As Protestant heretics, these victims were burned at the stake, a form of execution favored by Catholic countries. (A side note: No witches were burned during the New England witch trials, as the Puritans abhorred burning as a “Papist” custom. The Salem “witches” were executed by hanging, and one man was pressed to death under stones as part of torture seeking information.)

After Mary Tudor, Elizabeth I rose to the throne. Would things settle down? Would Elizabeth abandon Protestantism? Was that the reason she was chosen queen? Well, not at all. Rather, the complete opposite. This is where some of the darkest pages in the history of the English crown just begin to be written, under the shadow of one of the greatest persecutions in history: 1,000 dead, both clergy and laymen. Catholics were the most persecuted group, but also Calvinists, Quakers, Baptists, Lutherans, Mennonites and other religious groups were hunted down. Legal prescriptions against Catholics in England continued until the late 19th century.

If you want to read more on the matter, please visit ABC’s article (in Spanish) here, or visit the Wikipedia article on Penal Laws under Stuart and Cromwellian Rule.