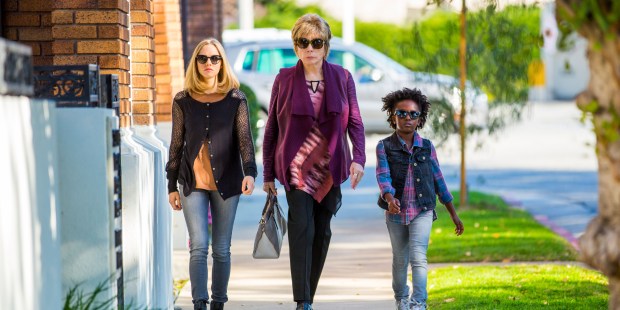 ‘The Last Word’ with Shirley MacLaine wasn’t a great movie. But I gleaned a few things from it anyway.

I review movies for a living. People think it’s a great job, and in a lot of respects it is. But here’s the thing: I never knew just how many movies there were to see until someone started paying me to see them.

Case in point: The Last Word.

Never heard of it? Me neither … ‘til I saw it. Released earlier this month in a handful of art houses (which could expand if interest justifies it), The Last Word stars cinematic legend Shirley MacLaine as a cranky octogenarian who, with the help of newspaper reporter (played by Amanda Seyfried), decides to shape her own obituary ahead of time.

It’s not a great movie, from either an aesthetic or ethical standpoint. This R-rated film suffers from a whole bunch of unneeded profanity and its own uncertainty as to what it really wants to say.

But when The Last Word does find moments of clarity, they can be pretty cool. In fact, MacLaine’s prickly protagonist, Harriet Lauler, can be downright inspirational. Let me give you just three of the great moments I gleaned from her.

1. Make a difference in people’s lives

When Harriet begins in earnest to craft her obituary, she realizes that every great obit from every great dead person shares some commonalities: The obit’s subjects are loved by their families, they’re respected by their co-workers, and they somehow touch an unexpected person in a profound way. Love from family and respect from co-workers is out of the question for the time being, so Harriet begins searching for a person whose life she can touch—ideally a child, preferably a “minority.” She finds a suitable subject in sassy girl named Brenda. But she’s not the only unexpected life Harriet touches.

Anne, the obituary writer, hates Harriet when she first meets her. And let’s face it, Harriet’s not very likable. But as the movie goes on, that antipathy turns to respect, which grows to affection, which eventually blossoms into something like love. And because of Harriet’s influence, Anne goes on to make some big changes in her own life.

Like Harriet, we sometimes forget that the world doesn’t revolve around us. We’re small pieces in a much larger, God-created whole. And what matters most in that whole? Very often, it’s our relationships. How we interact and treat other people matters. Each interaction we have may have the power to change the cadence of someone’s life for good or ill, and it’s good to remember that—whether we’re having a hard, heart-to-heart with our daughter or we’re tempted to yell at the bank teller.

That’s great advice. We’re not talking about moral failings here, of course. Harriet advocates a willingness to take risks. To step outside our comfort zones. We only find greatness outside those comfort zones. I think that’s where we find our God-given purpose, too. Honestly, I don’t think God likes us to get too comfortable. He wants us to do great things in His name, and greatness always involves an element of risk.

Before I became a movie reviewer, I was a religion reporter for a secular daily newspaper, and I met many people who did incredible, risky things that made a huge impact on the world. One woman gave up a life of relative comfort to start a home in Africa for the country’s most abused, neglected women. Others gave up their businesses to become missionaries or caregivers, who gave up incredible career opportunities to become priests or pastors.

At the age of 81, Harriet becomes a disk jockey for a local experimental radio station, dropping pearls of wisdom between records. One morning, she gives us this. “Please don’t have a nice day,” she says. “Have a day that matters … have a day that means something.”

Nice days are great and all, but Harriet realizes that they’re not the stuff of great obituaries. Great obits—great lives—come from using to the fullest every minute we’ve been given. No matter how you slice it, life is short. We should make the most of it.

Brenda, Harriet’s pint-size cohort, sums up The Last Word’s best words succinctly: “God put you into the world to be something.” How can we be that person that God wants us to be? By living each day to its fullest. By taking chances and risking failure. By impacting people’s lives for the better.

Few of us will have a chance to write our own obituaries as Harriet does. But if we concentrate on these three elements and do them well, we’ll probably have an obituary—a legacy—worth remembering.