Natalie Portman on keeping motherhood out of the spotlight 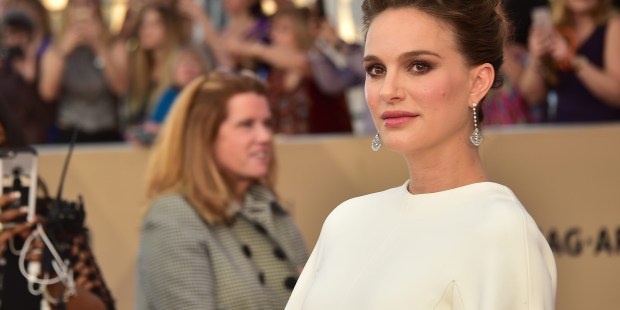 The ‘Jackie’ actress gave birth to a daughter right before the Oscars, but her fans had no idea.

Natalie Portman does not publish private photos on Instagram, she rarely accepts invitations to late night talk shows, and she doesn’t grant many interviews, and yet she is one of the most recognizable actresses in Hollywood. While the world was busy wondering who would receive Academy Awards this year, Natalie, even though nominated, was resting after giving birth. Four days before the big gala she delivered a baby girl, but for a week and a half, only her closest group of family and friends knew about it.

“Natalie Portman and her husband Benjamin Millepied welcomed their daughter, Amalia Millepied, on February 22. Mother and baby are happy and healthy,” said her publicist on Friday.

The newly born Amalia is the second baby of the American-Israeli actress and her French dancer husband. Their son Aleph was born six years ago.

The boy’s name comes from the first letter of the Hebrew alphabet, explained Portman during The Ellen Degeneres Show. The name is a clear connection to her roots: She was born in 1981 in Jerusalem as Natalie Hershlag. When she was three years old, her parents decided to move to Washington.

Natalie’s grandfather lived in Rzeszów, Poland. His mother, a native Romanian, was a secret agent. “She spied for the British, traveling through Europe,” Portman says. “She was blond, so she could totally pass as a non-Jew. Men, they would always try and pick her up because she was a gorgeous young woman. This is a picture of her taken in Romania with her best friend. A couple of years younger than me …,” says the actress in an interview for Rolling Stone.

Portman began her acting career in movies as a teenager on the set of Léon: The Professional. It was then that she took her grandmother’s maiden name–Portman–to protect her family’s privacy. It seems that from the beginning, she has avoided publicity in show business, but she never hides her roots.

Natalie Portman graduated from Harvard University with a psychology degree but also was rapidly convinced that acting was her greatest passion and talent. She starred in Star Wars, Brothers, Black Swan (for which she received an Academy Award), Planetarium, and Jackie (this year’s nomination), among others. She also debuted as a director in A Tale of Love and Darkness.

Despite being busy as an actress, it’s not hard to see what a great mother she has become. “Since I had a child, I’m less critical of others,” she admitted in one of the interviews. “The greatest thing about parenting is that it is a totally different experience for everyone. Some women breastfeed their children until they are five years old, others don’t breastfeed at all. There are no rules that define what it means to be a feminist and a good mother. For some it means an immediate return to work, for others, it is leaving the workforce forever,” she added.

In addition to keeping her family life hushed, she quietly supports charitable organizations. Among them, she helped to open a school for girls in Kenya and was able to secure large amounts of money for the Free The Children Foundation.

How does she manage to reconcile all the responsibilities? “I am a soldier … Not a rebel type. I work well in structured situations … working with people who know what they want and how they can get it,” she said.