Why “the Marian Option” is not optional today 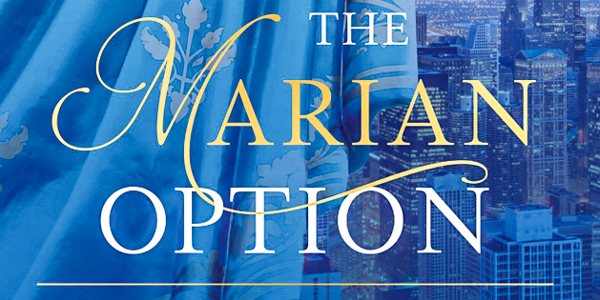 Playing off of theme of ‘The Benedict Option,’ the author suggests an even more fundamental solution for post-Christian civilization.

Dr. Carrie Gress’ brand new book, The Marian Option: God’s Solution to a Civilization in Crisis, ably proves why “the Marian Option” is not optional today. Gress’ thesis consists in demonstrating that when the world and the Church teeter on the precipice of disaster, as they seem to be doing now, God wills to send needed aide through the Blessed Mother. As Gress substantiates through a fascinating survey of historical facts, Mary’s help has come swiftly and miraculously time and time again.  And, oh, how we need her assistance now.

Playing off of the theme of journalist and author Rob Dreher’s The Benedict Option, Gress suggests an even more fundamental solution for a floundering, post-Christian civilization: an immediate and fervent cry for help from the most powerful woman that ever lived, the humble handmaid of the Lord. “The centuries have proven that Mary is one of the greatest forces in history,” Gress says in the book’s introduction. “As we will see in these pages, the Marian Option offers the key to personal and societal transformation in ways that no other saint or noble leader can, precisely because of who she is—the mother of God, our spiritual mother, and the perfect link between heaven and earth. The Marian Option is a type of spiritual ‘hunkering down’ where we pick up our rosaries and other Marian devotions and follow the lead of the world’s most powerful woman.”

Dr. Gress begins the book with a riveting sweep of history, connecting the dots to the many times and ways God has chosen to intervene in human affairs through Mary. Taking us through Church-approved Marian apparitions and their fascinating backstories, through Mary’s oft-unknown intervention in wars, and through her repeated saving of nations from various imminent threats, Gress leaves little doubt that Mary has been a key player throughout history not only in keeping Christianity alive, but helping cultures to flourish. From flowers to football, from art to architecture to music, Gress shows that “Mary is everywhere—sometimes hiding in plain sight. Her influence in the world is unmistakable if looked at collectively through salvation history.”

Part history book, part theological reflection and part apologetic defense of Marian doctrines, The Marian Option presents a fast-paced, hope-filled plea for the faithful to understand and utilize the powerful weapon Mary’s intercession. The section entitled “Mary’s Geopolitical Influence” is particularly enlightening, wherein Gress offers new insights on Mary’s apparitions at Guadalupe, Lourdes and Fatima and sheds light on her influence in pushing back forces hostile to Christianity, including paganism, Islamic militarism, and Communism. Even more compelling is Gress’ discussion of whether we are currently living in an anti-Marian age, and her clear articulation of why a culture becomes off-balance when Marian devotion and imitation fall by the wayside.

I was struck by the fact that in all of Mariology, there is no mention of a potential “antimary.” While the idea of an antichrist has been batted about since St. John spoke of an “antichrist” in the first century (cf. 1 Jn 4:3; 2 Jn 1:7), there is no discussion about a spirit opposed to Our Lady. While this might seem like an odd suggestion, it doesn’t seem so odd when one considers that Mary has long been called the New Eve, and Christ the New Adam. If Christ is the New Adam, and Mary the New Eve, it only makes sense that an antichrist would have the female complement of an antimary. In the same way that an antichrist can be an idea or a movement (and not just a person), an antimary can also be seen as a movement.

Gress doesn’t leave us there, but concludes on the hopeful note that a culture in the grips of such a movement is ripe for the rise of an “Age of Mary,” which will come about as we heed the call to live “the Marian Option.”  Concluding with specifics on “Living the Marian Option,” Gress lays out the many ways we can participate in bringing forth the Age of Mary, and how Marian devotion will help us reclaim our culture for Christ.

The Marian Option: God’s Solution to a Civilization in Crisis will be released by TAN Books in May.