5 Ways to stop playing God and learn to surrender 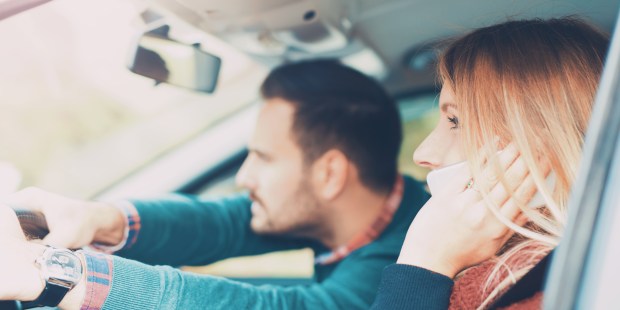 Have a need to control others sometimes? This is for you.

“You’re not going to wear that sweatshirt are you?” she asked. She couldn’t hide the disgust in her voice. She worried the sweatshirt “might not smell fresh. Plus,” she admitted, “I wanted us to look nice for our daughter’s sake, and a sweatshirt wasn’t what I had in mind.”

When her husband told her the sweatshirt was the only thing he brought with him, Popkin faced a choice: hold her tongue or cap her “inner red pen.”

“Would I make the best of a situation out of my control, and respectfully request that next time he pack something a little nicer? Would I apologize for the twinge of disrespect in my tone? Or,” Popkin says, “would I nag him to go buy a shirt right then, complain that he never dresses like I want him to, and berate his sense of style?”

Popkin chose the latter option, which, she says, created tension “that lasted far past lunch.”

We’ve all been there, done that. Psychologist Elliot D. Cohen calls losing control “one of the most prevalent fears” people have. The fear, he says, is “that if you don’t manage to control the outcome of future events, something terrible will happen.”

Read more: Are you happy being single? How about grateful?

And in fact, for chronic control freaks, something terrible does happen. “People who are chronic sufferers from such losing-control anxiety keep themselves continuously in a heightened state of stress,” writes Dr. Cohen, “with only brief unsatisfying intermissions between fears.”

Perhaps this is why Popkin calls these control issues—which include, but are not limited to, trying to dictate how grown men should dress—a trap. We convince ourselves, she says, that our happiness depends on something “as insignificant as a shirt, and it’s all up to me to make everything turn out right.”

Popkin concurs with Dr. Cohen that “taking control never leads to the peace and joy I imagine; it only makes us all miserable.”

But fortunately, even the biggest control freaks among us can do better. We can, in fact, learn to—gasp—surrender. Popkin says surrender—to God at least—is the only thing that offers the peace we’re looking for in the first place.

Popkin also reminds us that we aren’t even supposed to manage all the “contingencies.” When we do, she says, we fool ourselves into thinking we actually have control. We play God.

“When I try to step in for God and take the control I wasn’t designed to have, I only become frustrated, angry, frantic, obsessive, anxious, fretful, and more controlling,” Popkin says. “The more controlling I get, the more miserable my family becomes. They pull away from me in defensiveness, frustration or exasperation. By playing God and grabbing at control, I cause tension, friction and conflict—not the peace and security I imagined I could create.”

First, Popkin advises, it’s important to remember that surrender isn’t a one-time event, but rather a new posture that we adopt, which takes practice and is cultivated over time. But second, she says we can put the surrender into play by practicing five specific actions:

“As women, we often use our tongues to take control, so surrender often begins with our words,” Popkin says. “Stop nagging, raising your voice, sharing inflammatory information or asking manipulative questions. Don’t use words as weapons to demoralize, intimidate or undermine.”

“Women often try to gain control by pointing out what needs to change in other people,” Popkin says. “Either in a fretting frenzy or with an angry blast, we use excessive criticism to get things back on track. But when we grip our red pens, we’re trusting only in ourselves. We can practice surrender by capping the red pen and retraining our hearts to hope in God to confront and convict.”

Noting that controlling women are often subtle and manipulative, and that we keep hidden agendas or hide information, Popkin says that surrendering requires transparency. “Be open with people about your motives. Ask plainly for what you want and be willing to accept a no. That’s part of giving up control. If there’s something you’d like to know, ask. Honor others by being forthright and open about your objectives.”

“To admit fault and ask forgiveness is to give up control,” Popkin says. “If you want to cultivate a heart of surrender, practice apologizing when you’re wrong. Ask others to forgive you.”

“God designed our physical bodies to require limits,” Popkin says. “In each 24-hour day, we need to stop and sleep. We need to put the fork down. We need to work within a budget. Controlling women don’t like any of these limits. To live within limits is to give up control, which is exactly what God wants. These daily limits provide ongoing, rigorous heart training. As we yield to God day by day, we posture ourselves to say, ‘Yes!’ to whatever he may ask—big or small.”