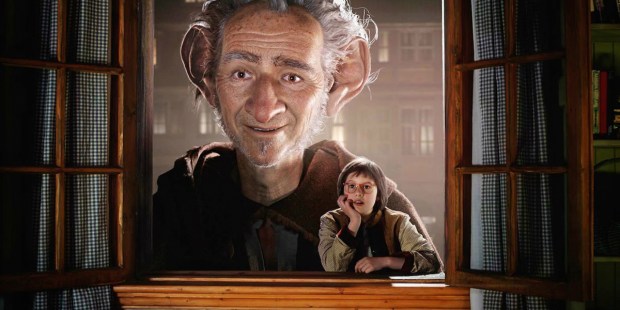 The ubiquitous television streaming service already had a slew of great animated content to watch, from massive Disney hits like Zootopia to under-the-radar gems like 2009’s beautiful The Secret of Kells. But this April, Netflix seems determined to make sure your kids never turn off the TV again. Take a look at the new cartoons on tap this month, suitable for young and old alike.

If we’re living in a golden age of animation now, the early 1980s were more an age of tin. Good animated features were as rare as talking mice back then, and Disney was just about the only game in town. But in 1986, animator/director Don Bluth and producer Steven Spielberg decided to take on the Mouse House monopoly with An American Tail—the story of Fievel Mousekewitz, his immigrant family and their journey to America.

Propelled in part by the voices of bona fide stars (including Dom DeLuise, Christopher Plummer and Madeline Kahn), the musical adventure became a box-office smash, becoming the highest-grossing non-Disney movie at the time. (In fact, the film even outgrossed Disney’s The Great Mouse Detective released that same year.) Oh, and the film’s signature song, “Somewhere Out There,” won a pair of Grammys, including one for Song of the Year.

An American Tail: Fievel Goes West was released five years later. And despite a slew of top-shelf talent (including John Cleese, Amy Irving, Jon Lovitz and the legendary Jimmy Stewart as the sheriff Wylie Burp) it was greeted by lower box-office grosses and mixed reviews. An American Tail: The Mystery of the Night Monster was released direct to video in 2000. While neither have quite the charm of the original, all are decent family viewing

Thirty years after Steven Spielberg went toe-to-toe with Disney by creating An American Tail, he joined forces with the entertainment titan to create The BFG, based on Roald Dahl’s beloved children’s book.

OK, calling The BFG an animated movie is a bit of a stretch. Much of it is live action, and there’s probably more actual computer animation in Disney’s The Jungle Book (also playing on Netflix). But the movie’s titular Big Friendly Giant (and his less-than-friendly relatives) is a largely animated construct brought to towering, 24-foot-tall life via computer generated wizardry.

Ironically, The BFG was a bit puny at the box office, barely earning back the money it cost to make. And that’s too bad, because the film is a poignant, beautiful story that may, to the observant viewer, contain a few metaphorical nods to spiritual truth, too. A word or two of caution: The story sinks into themes of death and grief, and it can get a bit violent, too. But for those willing to deal with the story’s difficult subject, it offers an unforgettable journey.

Read more: The best movies adapted from books on Netflix

Disney’s Zootopia (also on Netflix) may have won the 2016 Oscar for Best Animated Feature. But Kubo and the Two Strings couldn’t have been far behind. Indeed, it also snagged an Oscar nomination for Best Visual Effects—only the second movie to earn nods in both categories (the first being The Nightmare Before Christmas).

This 3-D stop-motion adventure focuses on the adventures of Kubo, a one-eyed boy whose talents in origami are, quite literally, magical. But all is not well in Kubo’s world: Turns out, he’s the grandson of the Moon King, who desperately wants Kubo’s other eye. Kubo’s stellar grandpappy and his evil aunts are out to get him and, when his mother apparently dies trying to protect him, he’s sent on a quest to find his father’s magical armor. Thankfully, he’s not sent out alone: Monkey (voiced by Charlize Theron) helps guide his steps, and a strange half-insect warrior, Beetle (Matthew McConaughey), protects him on his journey.

Kubo and the Two Strings feels like an ancient Eastern myth, and not every family will be comfortable exposing their kids to those quasi-religious trappings. But those willing to navigate the story’s pseudo-spirituality are in for a resonant, visual treat.

What do your cats, dogs and parakeets do when you’re not around? This animated lark, produced by Illumination Entertainment, has some thoughts about that.

Max, a Jack Russell terrier, had it pretty good before his owner Katie brought home a mutt, Duke, from the pound. The two don’t exactly hit it off, and through their mutual antipathy wind up out on the streets, desperate to get back. But it ain’t easy—not with animal control on their tail and a gang of feral former pets on the loose.

The fact that The Secret Life of Pets wasn’t nominated for an Oscar shows just how strong the state of animated movies is these days. But no matter: The flick was a box-office smash anyway. Featuring the voice talents of Louis C.K., Eric Stonestreet and Kevin Hart, The Secret Life of Pets earned $875.5 million globally, making it the fifth highest-grossing animated movie worldwide of all time.

Yes, cartoon fans have plenty of new movies to binge on at Netflix, and that’s not even including Netflix’s original animated series returning this month. The third season of Dawn of the Croods begins today, April 7, and The Mr. Peabody & Sherman Show starts its fourth on April 21. Have fun on those rainy days in!