So, what are you reading, Calah Alexander? 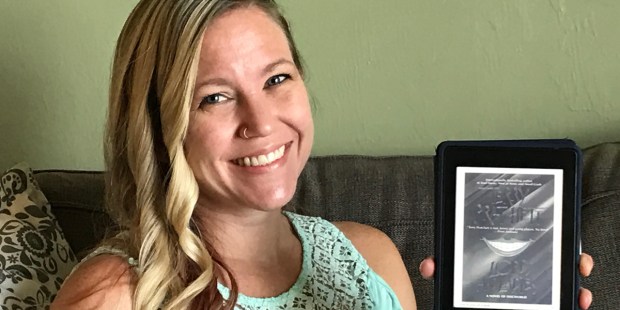 After a rough start, discovering the joys and genius of Terry Pratchett.

Aleteia loves books but recognizes that a world busy with social media doesn’t afford many prompts to that old conversation-starter, “Read any good books lately?” So, we’re asking it in this space, and delighted that so many are willing to share about their selections. Today we hear from writer Calah Alexander (who, incidentally, has joined our merry little band here at Aleteia, and we’re glad) and her new-found delight in Terry Pratchett

“I’m reading Lords and Ladies, by Terry Pratchett. It’s actually the ninth Pratchett book I’ve read since I fell in love with Discworld at the beginning of March,” says Calah.

We note that it’s only April.

Calah admits she had her doubts about Pratchett in the beginning. “I’ve been wanting to read the Discworld books for years, because my brilliant friends talk about them all the time. But secretly (shamefully), I’d always liked the idea of Terry Pratchett more than his actual writing.

“I enthusiastically bought The Color of Magic — the first Discworld novel — years ago, ready to be dazzled. Instead, I was vaguely bored and kept putting the book down. After six months, I finally finished it. Aside from minor glimmers of humor, the book was … dull. Maybe the next one gets better, I thought. Maybe Death will show up and actually finish Rincewind off!”

Not every Discworld fan is a fan of Rincewind (your humble writer is not) but Calah gave it a good try. “Twelve pages into The Light Fantastic, I gave up for good. It was the worst thing that ever happened to my Kindle. After admitting this to some friends in a Pratchett support group (not kidding), Melanie Bettinelli insisted that I needed to start with Pratchett’s Tiffany Aching books.”

Seems that did the trick. “I was hooked by the first page. I started saying “Crivens!” and developed a whole new appreciation for chalk. When the Tiffany Aching books ran out, I decided to meet the character on the Disc that I really wanted to know—Granny Weatherwax.

“I have not been disappointed. She drops wisdom like I drop hot pans, because the obvious reaction is always right when something dumb is happening. But she’s also prideful and stubborn, and she does things wrong and has to learn from it. She’s surrounded by people who help her by holding her back, because she needs restraint but can’t often muster up her own.”

So now, like all of us who make the acquaintance of Granny, Calah is hooked.

“Damn, can Terry Pratchett write. His characters are fully realized, each with their own unique flaws and goodness and fragile, overwhelming humanity. The world he created is absurd and delightful and real, but not so real that it takes itself seriously (ahem, Post-Rincewind, that is). Lords and Ladies, with its nasty elves, is a delicious antidote to the Tolkein-esque Elven reverence. The witches are lusty and earthy and naive and wiser than any fictional character I’ve ever met, because they spend their lives up to their elbows in the muck of living—just like me.”

Although we hadn’t actually asked, Calah shared a favorite Pratchett quote, this from Witches Abroad:

“Listen, happy endings is fine if they turn out happy,” said Granny, glaring at the sky. “But you can’t make ‘em for other people. Like the only way you could make a happy marriage is by cuttin’ off their heads as soon as they say ‘I do’, yes? You can’t make happiness…”