Not your mama’s hula dance (VIDEO) 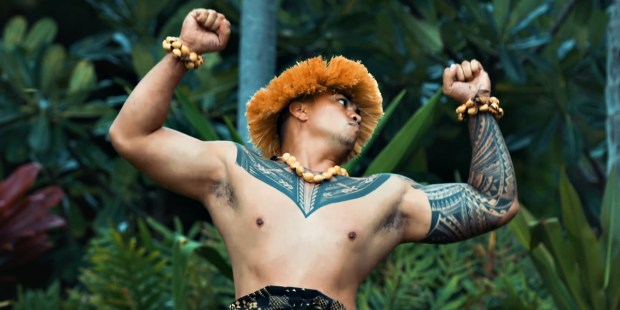 This ancient dance is part of a warrior tradition for men, and it’s not easy.

Thanks to the success of the Disney film Moana, there is a whole new interest in the history and culture of the Pacific Islands, including hula, the ancient form of dance. But hula isn’t just for girls:

This video is an incredible glimpse into the warrior culture of ancient Hawaii. Sunny Leutu Jr, one of the dancers, explains that male hula is a distinct art form that was created for a distinct purpose.

For male hula, we’re basically telling warrior stories and to dance like a warrior, you need to train like a warrior. We train in a private piece of land on the west side of Oahu, using only what ancient Hawaiians had. Whether it’s rocks, the sand, the ocean … when we come to practice, we expect to die. It’s strenuous on the legs, but it’s also to train the mind. I tell myself, and the rest of the boys, “If I fall it’s because my body just gave out.”

He goes on to explain that the hardest workout they do is climbing the coconut tree, while the video shows him shimmying up the smooth, tall trunk of the branchless tree. It looks deceptively easy, as does the hula dancing itself, both of which attest to the strength and skill of these hula warriors.

Seriously, show this video to your kids — this is so cool. It ain’t your mama’s hula.