Looking for a miracle? You don’t have to look far 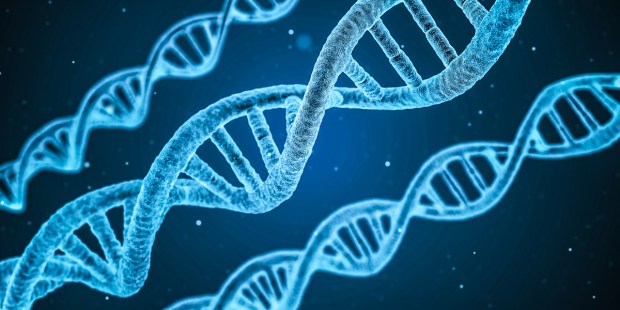 A study of human DNA might make a believer out of you.

In the late 1850s, a humble, inconspicuous monk began to experiment with pea plants. Born Johann Mendel, he assumed the name Gregor upon entering the monastic life. He had twice failed the oral exam to become a certified high school teacher, but upon further education was eventually named the abbot at St. Thomas Abbey in Brno, Germany.

Mendel began to experiment with pea plants in an effort to understand how various traits were passed along in organisms. For a long time, it had been widely accepted that characteristics were transmitted via what was called blending inheritance. But by the early 1860s, Mendel began to notice something different in the more than 28,000 plants he raised. Taking a position at odds with previous theories, he realized that traits were often inherited and expressed through dominant and recessive patterns. He published a paper in 1866 that largely went unnoticed until the early 1900s. But as 20th-century scientists began to look deeper into what makes us, they discovered the brilliance of his findings, which eventually were recognized as the cornerstone of what we know today. He posthumously became known as the father of modern genetics, and today his findings constitute “Mendel’s Laws of Inheritance.”

Recently I found myself brushing up on—or shall I say relearning—the basics of genetics as part of research for another series. One source I sought out (I went after the most rigorous I could find) was Genetics for Dummies, which might as well have been called Rocket Science for Beginners. I was reminded of just how remarkably complex, brilliantly simple, and profoundly mysterious the genetic world is, and how science and divinity meet in some of the most extraordinary ways.

For starters, consider a few of the basics.

All somatic cells, which are the cells that make up our body (e.g., skin cells, fat cells, liver cells), have a complete copy of the entire genome. Even though your eye cells only make eye cells, they have a map for everything that is you. Consider that a drop of blood contains an average of 7,000 to 25,000 white blood cells in healthy humans (many more in those with cancer). Every single one of those cells has a copy of a person’s genome.

All human cells start out as totipotent, which means that they can form any type of cells. But around the point that the initial cell (from conception) has divided into 16 cells, cells begin to diversify and become nullipotent, forever to make only a specific type of cell. Interestingly, for females, it is also at this very time that one of the X-chromosomes (recall that females have two X chromosomes) becomes completely inactivated for the rest of her life. Scientists are still trying to understand how and why.

Despite the enormous complexity of our genome, DNA is actually rather uncomplicated. It is composed of nitrogen, sugars and phosphates that all come together to form four bases: guanine, adenine, cytosine, and thymine. These form base pairs. Of course, I should mention that humans have around 3 billion base pairs, all of which reside in our 46 chromosomes. Through the process of supercoiling, DNA is tightly wound into a double helix formation.  Just how tight? Well, all the DNA from one cell in your body, laid side by side, would stretch approximately 6 feet.  Considering you have around 100 trillion cells in your body, it means that the DNA from all your cells laid end to end would extend to the sun and back—almost 100 times. Interestingly, you and your neighbor share 99.999% of the exact same base pairs. In this case, it really is the .001% that makes the difference.

Think that’s amazing? Consider that DNA is both durable and replicable on a grand scale. DNA has been uncovered from organisms believed to have resided more than 100,000 years ago. Meanwhile, your body is constantly undergoing the process of making new DNA through mitosis, or cell replication. At any given time, your body is undergoing a DNA review process that makes the NY Times editorial board look like a kid’s coloring club. Despite an astonishing amount of DNA replication that must occur, there is an average of one error per 10 million base pairs after proofreading, and before the cleanup enzymes come through to do a final sweep.

One of the most incredible scientific accomplishments of the last century is the mapping of the human genome. Yet only 2% of the genome accounts for human traits and function. The rest of it is called junk DNA. Why? Well, it is because it does not code for protein sequences that form specific functions in the body. While scientists are still trying to understand what it does do, it is certainly one of the markers that makes each person unique.

Most of us regularly look for signs or miracles in our daily life, and are drawn to unbelievable stories that defy any rational or scientific explanation. Less than two weeks ago, I was blessed to witness the miracle of our seventh child, Samuel Augustine, being born. All scientific explanations of how he came to be fall short of knowing him as a real person. But it strikes me that more than 160 years ago, a quiet Augustinian monk began to uncover the unseen miracle of everyday life through his persistence. So, the next time you are looking for something that seems too impossible to be true, look no further than the DNA inside you. It certainly has given me another miraculous perspective on the miracle of our new baby boy.