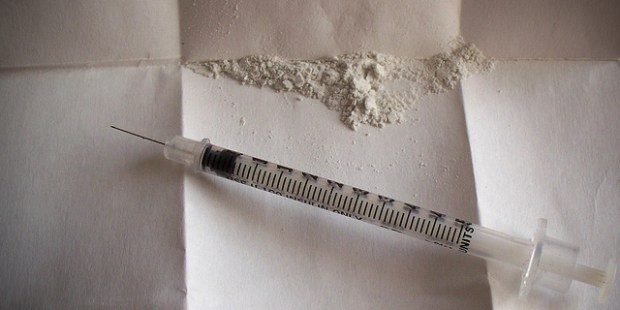 The highly potent substance can kill with a single dose.

There is a new lethal drug on the streets, aptly named “Gray Death” for its ability to kill with a single dose. FoxNews reports this new drug has forensic scientists baffled as they try to analyze the deadly substance:

Investigators said the high-potency cocktail — which is comprised of heroin, fentanyl, the elephant tranquilizer carfentanil, and a synthetic opioid called U-47700 — can kill users with a single dose.

READ MORE: “We don’t throw people away”: When the heroin addict met the Uber driver…

The drug fentanyl is known to be 50 times stronger than heroin; the presence of both substances along with a continuing list of powerful chemicals makes this drug so frightening. There have already been 50 recorded overdoses in the last 3 months in Georgia alone. The drug has also been found in Ohio and Alabama.

Officials warn that it is impossible to tell if the base drugs were cut with anything else before processing into “Gray Death,”, making each batch dangerous in different ways. It can be taken a variety of ways and even handling the substance with gloves could lead to a fatal overdose.

In an interview with the Associated Press, Deneen Kilcrease, manager of the chemistry section at the Georgia Bureau of Investigation claimed, “Gray death is one of the scariest combinations that I have ever seen in nearly 20 years of forensic chemistry drug analysis.”