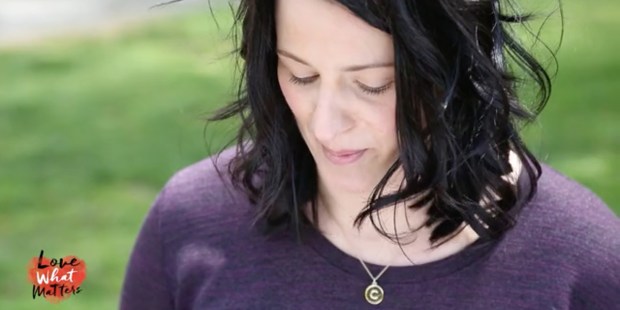 This ‘Love What Matters’ video of 7 moms in Central Park is going viral for Mother’s Day.

True story: yesterday morning my daughter couldn’t find her shoes before school. During the increasingly frantic search that ensued, I yelled at her for not putting them where they belonged, yelled at her for how messy her closet was, yelled at the other two kids waiting with their backpacks for how messy their rooms were, and then yelled generally about how no one was ever going anywhere again, ever, until their rooms were spotless and their shoes were in the closets where they belonged.

After the kids were out the door and on their way to school, I collapsed onto the couch and cried.

I hate yelling at my kids. I feel so horrible about it, every time I do it. But I keep doing it. Like so much of motherhood, I can’t get it right. I keep failing, and trying again, and failing. And trying again.

Being a mother is overwhelming, and I almost always feel like I’m not giving enough even when I’m giving everything I have. I feel like I’m just not enough.

If you feel that way too, this is for you.