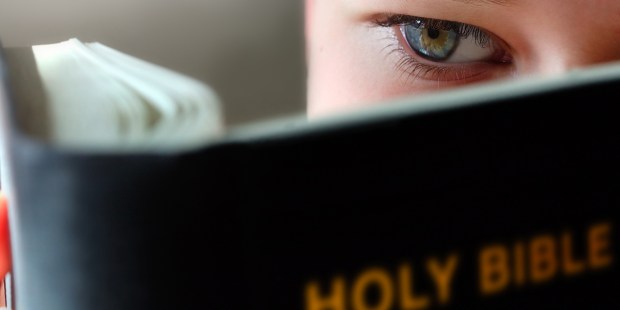 Although a recent survey found that more than half of Americans have read little or none of the Bible, book publishers are finding that there is a growing market for the Good Book.

Less than a quarter of those who have ever read a Bible have a systematic plan for reading the Christian scriptures each day, concluded a survey published  by LifeWay Research in April. A third of Americans never pick up a Bible on their own, the survey found.

But apparently, that survey did not look at trends among young readers. NPD BookScan, formerly Nielsen BookScan, has found that storybook Bibles, board books, and children’s devotionals are among the most popular books on the market in religion today.

The findings were presented at the 2016 Children’s Book Summit last fall, but it’s likely those trends will continue. The NPD BookScan report found that children’s religion book sales have jumped 22 percent from 2013 to 2016 and that six of the top 20 bestselling religion titles from 2015-2016 were Bible storybooks, Publishers Weekly reported.

For publishers, the trend is welcome news.

New titles being planned for this fall include God’s Crime Scene for Kids, from publisher David C Cook, and The Wonder of the Greatest Gift from Tyndale Kids. PW adds:

Westminster John Knox, the original publishers of Alexander H. Key’s classic Escape to Witch Mountain in 1968, is adding children’s books back to its mix. It is planning to publish around 10 children’s books a year by 2019 through a soon-to-be-named new children’s book imprint.

Still, publishers realize that kids aren’t necessarily the main ones who will be picking out those books from store shelves and catalogues.

“We’ll use traditional means of marketing—print ads—but also utilize the digital space to capture the attention of kids, ministry leaders, and parents,” said Chriscynethia Floyd, vice president of sales and marketing at David C Cook. Cook’s leading storybook Bible, The Action Bible, which is designed for ages 8–12, has sold nearly 2 million copies since it came out in 2010, the publisher notes.

One development that certainly will impact sales is the closure of Family Christian Stores, the largest retailer of Christian books and merchandise in the country. The chain, which operated 240 outlets in 36 states, went through a bankruptcy proceeding in 2015.

“And yet, the climate feels invigorating,” said Barb Sherrill, executive vice president and publisher at Harvest Kids. “We’re poised to see new, creative books come to market in the months and years ahead. No matter which house we’re from, we all want excellent Christian books and products available to children.”