Fatima: The other great colonnade of Catholic architecture 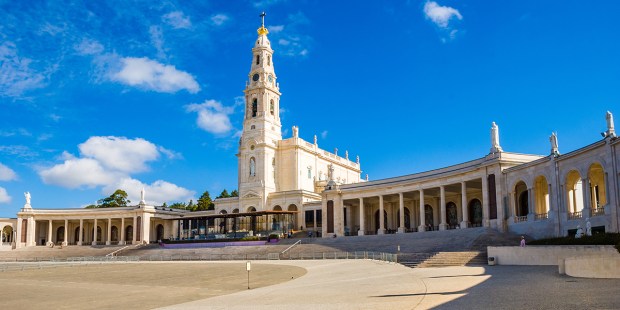 Like St. Peter’s Basilica, the Sanctuary of Fatima welcomes those who visit with a marble “hug.”

A colonnade is a sequence of columns, but with the particularity that all columns are linked together by a common architrave. Of all of them, perhaps the most famous is the colonnade that seems to embrace the faithful who visit St. Peter’s Basilica, designed by the famous Renaissance artist Gian Lorenzo Bernini.

The colonnade of Bernini that surrounds St. Peter’s Square is, in fact, a practically independent element that was attached to the Basilica of St. Peter during one of its successive remodelings. The colonnade creates a space at a time enclosed and open, depending where the visitor stands: as you walk through the square, the imposing thickness of the columns creates the illusion of being a enclosed space, since the columns seem to overlap. However, if the visitor approaches any of the fountains in the square, the columns appear as separate, and one can see the rest of the Square and its surroundings through them.

But the one in the Vatican is not the only colonnade that receives pilgrims into a great Catholic sanctuary. In fact, in the Sanctuary of Our Lady of the Rosary of Fatima, a colonnade of 200 columns unites the main basilica with the buildings annexed to the enclosure. It is a setting made by the architect António Lino, which incorporates 14 altars among the 200 pillars of the colonnade. On each of these altars is an image from the Via Crucis, which usually culminates in a fifteenth station representing the Resurrection of Christ.

140 statues rest atop St. Peter’s colonnade. On Fatima’s, on the other hand, one finds only seventeen statues. Four of them represent the four great Portuguese saints, each statue more than three meters high: San Juan de Dios, San Antonio de Lisboa, San Juan de Brito and Blessed Nuno de Santa María. The others, which are smaller, represent other saints, almost all of them founders of religious orders, from St. Teresa of Jesus and Ignatius of Loyola to St. Simon Stock and St. Marcellin Champagnat. Even though it is considerably smaller than that of St. Peter’s, the colonnade of Fatima is still the preferred destination of around 4 million pilgrims every year.