‘King Arthur: Legend of the Sword’ owes a lot to Dungeons and Dragons 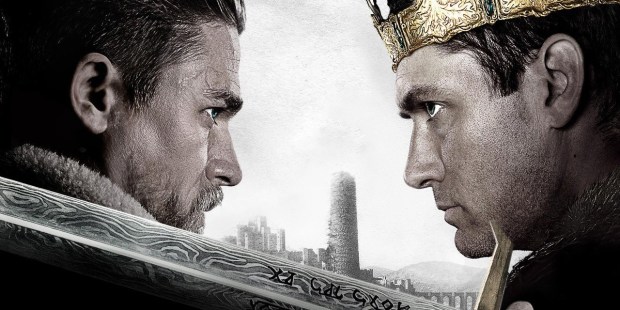 Whatever story ‘King Arthur: Legend of the Sword’ is telling, it’s not the one you’re expecting.

While hardly an Arthurian scholar, I’ve always held a deep fondness for tales surrounding the legend of the once and future king. Give me any take on the subject matter, be it the ethereal fantasy of John Boorman’s Excalibur, Lerner and Loewe’s lively musical adaptation Camelot, or the abject silliness of Monty Python and the Holy Grail, and I’ll happily watch it. All I ask is that something vaguely recognizable from the source material be present in the final product. Unfortunately, Guy Ritchie’s new film, King Arthur: Legend of the Sword, can’t even manage to clear so low a bar.

Even if you stick to the pre-Round Table days, as Ritchie does in his movie, it shouldn’t be that difficult to get the basics right. As the stories go, the orphaned Arthur is raised by the kindly knight Kay, who trains the lad in the ways of chivalry. He also receives instruction at the hands of the ancient Wizard, Merlin, who knows more than he is telling about Arthur’s heritage. Eventually, Arthur draws the magic sword Excalibur from the stone in which it is embedded and is declared king of all Britain. Not a whole lot there to mess up.

Or so one would think. You see, whatever story King Arthur: Legend of the Sword is telling, it’s not the one described above. After a brief prologue filled with giant magical war-elephants (don’t believe for one second that I’m kidding), the film proper starts with Arthur’s insanely evil uncle Vortigern (Jude Law) seeking power from a hideous live-action version of Ursula the Sea Witch from Disney’s The Little Mermaid. Having received the proper blood sacrifice, Pseudo-Ursula grants Vortigern’s request by turning him into the guy from old Molly Hatchet album covers (Google it, youngsters). This allows Vortigern the necessary strength required to murder Arthur’s parents in front of the boy.

The now orphaned Arthur (they got that part right, at least) is taken in by kindly prostitutes and raised in a brothel. Rather than chivalry, Arthur instead learns the ins-and-outs of being a petty criminal and con-man. On the side, he trains in martial arts under the tutelage of the firm but kind Kung-Fu master, George (Tommy Wu). Now a strapping young man happily ensconced in Londinium’s underworld, Arthur (Charlie Hunnam ) is content to continue on this way in perpetuity, but the sudden appearance of Excalibur sends the entire kingdom into upheaval.

Vortigen (played by Law as a more psychopathic version of his Young Pope) brings Arthur to the sword, intending to kill his nephew once the blade is drawn from the stone (which later turns out not to be stone, so don’t go thinking they got that right). However, with the timely aid of rebel leader Bedivere (Djimon Hounsou) and the uber-waifish mage named … The Mage (Astrid Bergès-Frisbey), Arthur manages to narrowly escape his execution. It’s the hope of The Resistance (yes, they’re called The Resistance) that Arthur can harness the powers of Excalibur, which are apparently on par with Thor’s hammer, and lead the common people to victory over their tyrannical king. Lots and lots of fighting ensues.

As is obvious, King Arthur: Legend of the Sword has little interest in its source material. Even Disney’s Unidentified Flying Oddball (more Google work for you youngsters) probably sticks closer to the legends than this movie does. That’s not to say it isn’t enjoyable on certain levels. There are some genuinely humorous moments involving the insertion of modern sensibilities into the medieval setting. And fans of Ritchie’s patented speed-ramped action sequences won’t leave disappointed. This film has to be a strong contender for the record of most slow-motion fight scenes in a single movie.

But for those who would prefer a bit more Arthur-esque King Arthur movie, this one might be a pass. There are no ruminations on the pros and cons of might for right, no contemplation on the intricacies of loyalty and betrayal. And as for any hint of subtext regarding the displacement and/or inculturation of pagan religions by a spreading Christianity, forget about it. In King Arthur: Legend of the Sword, there are no fights to establish a Christian moral structure on a barbaric world, there are just fights plain and simple.

So, if King Arthur: Legend of the Sword isn’t much of a King Arthur movie, then what is it? Well, the answer lies in a scene midway through the second act in which Arthur goes on his first outing with the unwieldy Excalibur. To complete his mission, he must fight his way through a montage of enormous rats, ravenous wolves, and some kind of crazy goblin-bat creatures. As anyone who has ever rolled a d20 or pushed play on a video game can tell you, this is standard Level 1 RPG stuff. King Arthur: Legend of the Sword is basically a D&D campaign scripted by someone with a familiarity with the Arthurian legends. If this sounds enjoyable, by all means have at it. If you want a real King Arthur movie, however, look elsewhere.