When love is true, it is also balanced 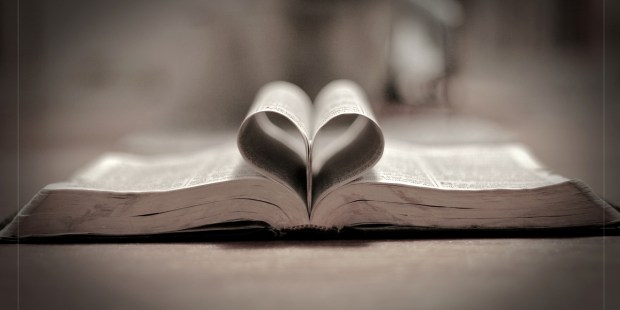 A balanced thing is “true” and the Triune God is wholly balanced.

About 40 years ago, a band called Blood, Sweat and Tears had a hit with a song called “And When I Die.”

It was a curious piece that seemed part hoedown, part tent revival, but one line always stayed with me:

The song popped into my head after reading a disputation of the too-often-asserted notion that the God of the Old Testament is a dark, unforgiving and rather insecure entity. Atheists and others who argue for that false understanding tend to round it out with an idea that the God of the New Testament, as revealed through Jesus Christ, is the polar opposite — a platitudinous source of nothing but niceness and spiritual hugs, who can ultimately be shrugged off.

Since these extremist conceptions of God have nothing to do with reality, Richard Dawkins is accurate when he calls them “fiction.” Extreme ideas can never be true — they are rendered false by the inherent narrowness of thought that makes them extreme to begin with.

A god to be feared but not loved would be a god who dealt in negatives, but we know that there are no negatives in God. Creation came into being with the “yes” of His intention, and it is sustained to this very second by that continued affirmation. Likewise, a god to be loved and never feared would be a god neglectful of our good and, like a bad parent, indifferent to the state of his children and their relationship to him. These would be negative traits, indeed, but again, there are no negatives in God who, in His holiness, is wholly love.

The thing about love, though, is that when it is true, it is also balanced. Genuine love looks upon what is beloved and loves it in its tempestuous totality of dark and light. The Creator who loved the world into being looked upon it — in its dark and light, its rushing waters and calming ponds, its winds and stillnesses, its chill and warmth — and loved every bit of it, pronouncing it “very good” (Gn 1:31).

Indeed, each of those are good things, all necessary in turn, but only alive in entirety, because they are balanced. A world with only light but no darkness could not sustain life; a world with only calm ponds and no moving waters to cleanse would soon grow stagnant and die; a world with no rushing winds would have pestilential air and little pollination; without calm, no growth. A world of unrelenting heat or chill? Not inhabitable.

The word good is derived from the word God; we can grasp that what God calls “very good” is therefore of a piece with Him. None of it exists but that He wills it, and contains it, and therefore includes some particle of himself within it. The world works because none of the good things of creation are allowed to overwhelm their also-good opposites.

A few years ago, we lost a family member who had been neglected and rejected by people who should have loved him. At his request, he had no funeral, no rite or memorial. Because he knew so little of love, it seemed like only a small and capricious idea, and he had no conception of God, at all.

Communion, prayer, a life of faith meant nothing to him, and that betrayed a sad failure on the part of many within the family and the Church.

Perhaps when a God who is 100 percent love becomes an inaccessible notion to people — when they will swear there is no heaven and hope there is no hell, because nothing in their living has convinced them, so only “dying will tell” — we might try teaching about a God Who is All Love by introducing them to the God Who is All Balance — who cannot help see the person before Him and see dark and light, squall and stillness, heat and cold, and call it “very good.” A balanced thing is “true,” and a Truth that calls us “good” is a Truth we want to know better.